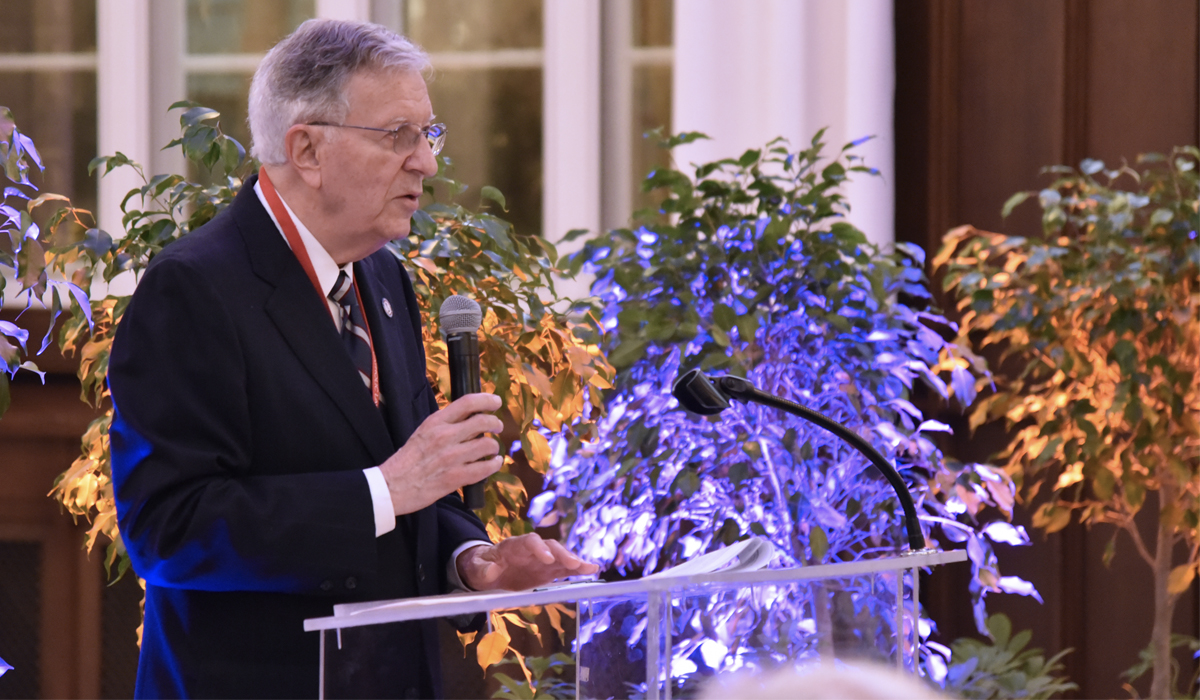 The Catholic University of America Columbus School of Law (Catholic Law) is honored to have such a supportive and committed alumni base. Our alumni are an active part of the Catholic Law community and share a commitment to academic achievement and the pursuit of justice, mercy, and humble service. Our alumni find ways to engage with the Law School for the benefit of our current students and our community.

Since 2017, Catholic Law has recognized and honored its distinguished alumni. The purpose of these annual alumni awards is to recognize outstanding alumni for their individual achievements, contributions to their industries or professions, service to their community, and demonstrated loyalty to Catholic Law. The recipients represent a talented group of individuals who have contributed to their professions and the communities they serve and are selected from those celebrating their reunion year.

Below are previous recipients of Distinguished Alumni Awards, listed by graduation year.