Why Catholic Law: A Moment With The Honorable William T. Newman 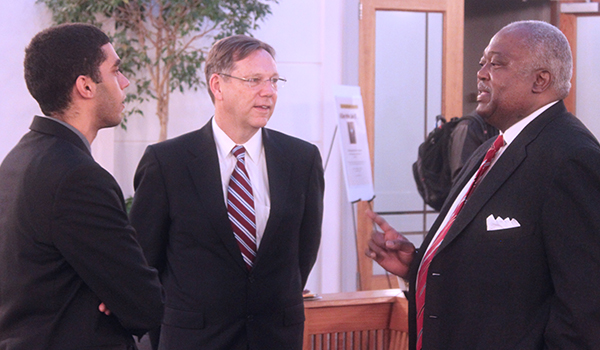 The alumni at Catholic Law remain a connected and caring part of the Law School community. Holding positions of leadership and influence in their communities—they go on to become successful lawyers, federal and state judges, professors, and entrepreneurs—and still find ways to engage with the Law School for the benefit of our students.

For The Honorable William T. Newman ’77, sharing a commitment to the pursuit of justice, mercy, and humble service with our law students is deeply important. “I think that these are although sometimes frightening times when we see what has happened in our country with the fact that we have literally seen a number of people get killed while in the custody of the authorities; however, as a result of that, there has been a movement that has come forward—The Black Lives Matter movement, as well as a number of other movements that have come forward.” He continued, “I think law students today have an opportunity to get directly involved in helping to change the system, to make the system more open and welcoming and fair, to all people. That is such an important thing. We go to law school because we are talking about justice and laws being equally applied to everyone, and I think more than ever this is an exciting time to be there on the forefront to make sure that things ARE done in an equitable way and all are treated fairly.” 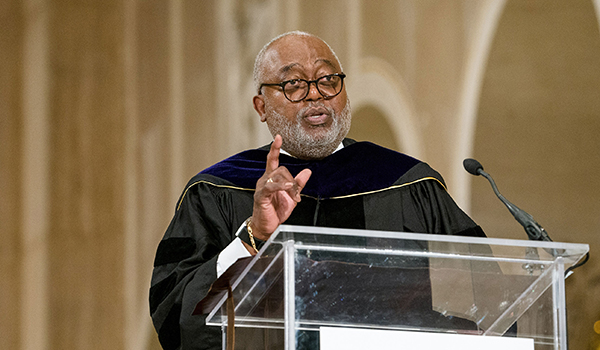 Judge Newman recently reflected on his time as a law student, his path from law school to the bench, and the importance of a Catholic Law education. Judge Newman fondly remembered his time in Professor Barracato’s evidence course and shared, “He used to always say ‘he who understood the evidence controlled the courtroom.’ And there’s a lot of truth in that.” The advice has come in use throughout Judge Newman’s career working for the government and then as a litigator prior to his appointment as a judge for Virginia’s Arlington County Circuit Court—of which he has been Chief Judge since 2003. For law students who aspire to serve on the bench, Judge Newman had this to say, “Try to make sure, while you’re in law school, to take the full array of courses that are available. It’s always interesting that as a practicing lawyer, most people today specialize in one or two particular areas; however, once one becomes a judge, you are expected to know a little bit about everything.”

Judge Newman concluded, “If you’ve been accepted into the Columbus School of Law, you will get a quality education, you will have an opportunity to experience a great city—the city of Washington, D.C.—where so many aspects of the law are there, right there, for you to see and practice in one place.”