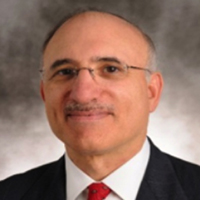 Can you tell us a little bit about your background?
I grew up in Montclair, New Jersey, one of five brothers. I was a big sports guy, and played on state championship teams in both football and wrestling at Montclair High. I then went to Harvard College where I majored in Government with goals of getting a broad-based liberal arts education and winning an NCAA wrestling championship (I fell short on the latter, placing fifth). I graduated college without a career game plan, so I moved to San Francisco to have a life experience in a different part of the country. There I was writing for the Sierra Club, and to supplement my income, also baked pies for restaurants and worked in the Macy’s bookstore in Union Square. Happy but financially challenged, I decided to explore the idea of law school.

Why did you decide to attend Catholic Law?
While working for the Sierra Club, I thought I might want to pursue a career in environmental law. Washington, D.C., seemed like an exciting city in which to pursue a legal career, and having taken three years off after college, I was attracted to Catholic Law’s more practical and somewhat less Socratic approach to a legal education, and flexibility in offering evening classes.

How did you know you wanted to continue to pursue law?
At Catholic Law School, I developed a passion for the study of law, and in my third year I worked almost full-time at Wald, Harkrader & Ross, a large anti-trust law firm, where I learned I also had a passion for the practice of law.

Can you discuss your early career development?
Coming out of law school, I was offered both a job at the SEC and at a large prominent law firm in D.C. I took the SEC job, even though it paid much less, because I thought the opportunity was more unique in that I could get both excellent training as a lawyer and an insider’s view of government policy-making and regulation. I definitely achieved those objectives, working for some talented lawyers in the General Counsel’s Office and then as a legal advisor to a Commissioner. After about three years at the SEC, I left to gain some big law experience at Paul Weiss in New York, where I expanded my skillset from securities to mergers & acquisitions—again, learning from some great lawyers.

Are you where you expected to be at this stage of your career?
When I graduated from law school, I didn’t have a clear vision of my career journey or a particular expectation of achievement. Rather, I was focused on getting the best training I could find in areas of the law I thought were interesting. I never deviated from that approach, and it has led to a career that has been and continues to be incredibly interesting, challenging, and fulfilling. I have thoroughly enjoyed every step of the way and am grateful for my good fortune.

What were/are the most rewarding parts of your job? What were the biggest challenges?
The most rewarding part of my job is solving interesting, complex problems every day alongside talented colleagues who are also great people, and developing others to reach their maximum potential. A big challenge for me personally, as a senior leader at my company, is delegating to my teams a lot of the interesting work to ensure their development even though I would enjoy doing much of that myself.

What advice would you give to young lawyers or law students who have similar legal aspirations?
My advice is get the best training possible from smart, accomplished lawyers, and work really hard and follow your passion.

Do you have a favorite memory from Catholic Law?
Playing on the CU tennis and basketball courts with good friends. Part of what makes Catholic Law so special is the community and the people it represents.

Is there any relationship from your time here (a professor, lecturer, staff member) that was particularly impactful to you?
While no one relationship stands out, I distinctly remember the community as being collegial and supportive and how that greatly enhanced my overall experience.

Whom have you kept in touch with from school?
I have stayed in touch with my classmates Greg Tucker and Curtis Berkey. After Catholic Law, Greg spent most of his career at Covington & Burling and then Hospital Corporation of America in Nashville, where he was head of litigation. I visited him recently in Tennessee, where he is a gentleman farmer and county historian. Curtis was at the Department of Justice and is now an adjunct professor at UC Berkeley’s Boalt Hall while also defending Native American rights in his law practice. I recently saw Curtis when my wife Patricia and I were visiting our daughter Caitlin, who is a freshman at UC Berkeley.