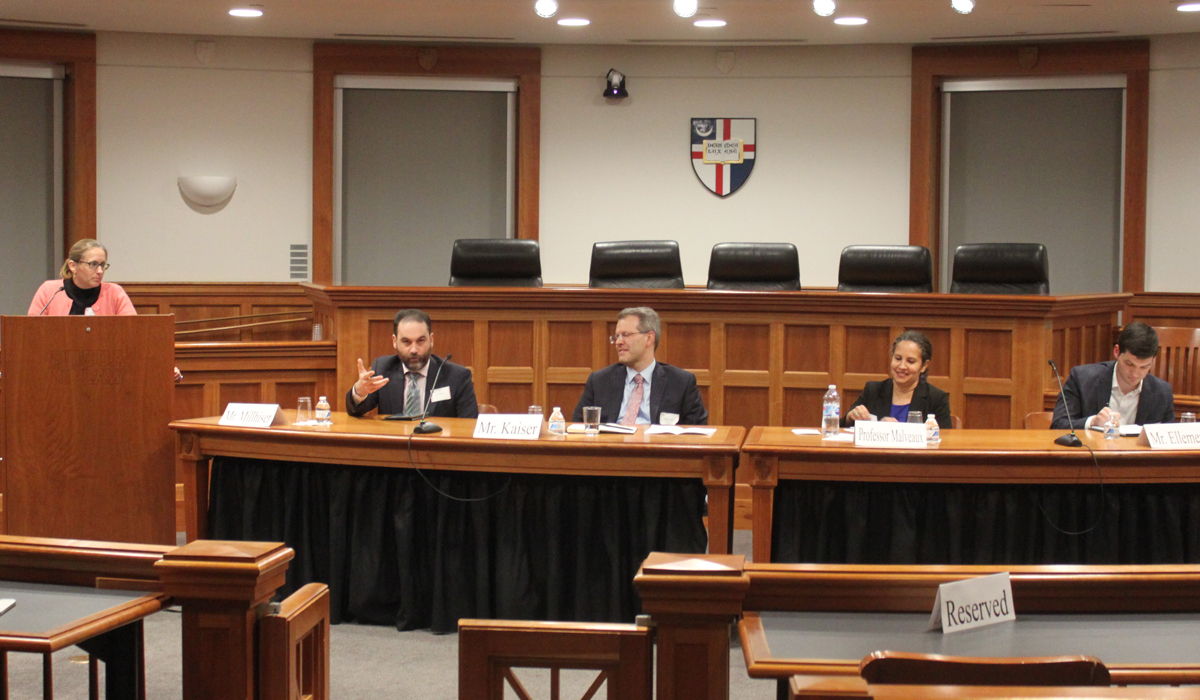 2021
Assessing Graham v. Florida at the Ten-Year Mark: Progress and the Prospects for Ongoing Juvenile Sentencing Reform
On February 5, 2021, Catholic University Law Review hosted its annual symposium—held virtually this year. The program, “Assessing Graham v. Florida at the Ten-Year Mark,” was organized by Law Review's Lead Articles Editors, Christina Pashaj (3L), and Richard Couch (3L), with the guidance of Professor Cara Drinan, and brought together distinguished speakers to discuss and reflect on the effects of the case ten years after its decision. Continue reading here.

2020
Against All Enemies, Foreign and Domestic: The State of Military Justice in 2020
The Law Review invited distinguished speakers to discuss the history of the military justice system, the rights of the accused, and sexual assault victims in the military.

2019
Celebrating the 230th Anniversary of the Judiciary Act of 1789 and Reflecting on the Challenges of Our Federal Justice System
Students, faculty, and practitioners had the opportunity to hear from experts regarding the current state of our federal judicial system and consider the major challenges the Third Branch faces in ensuring justice in the future.

2018
FISA & the 4th Amendment: A Review of the 4th Amendment Implications in Foreign & Domestic Surveillance
Students, faculty, and practitioners heard from experts about the recent developments involving FISA and its impact on national security, civil liberties, and the Fourth Amendment.

Goitein, who co-directs the Brennan Center for Justice’s Liberty and National Security Program at New York University School of Law, discussed the impact that FISA has had on modern society and advancements in surveillance techniques. Continue reading here.