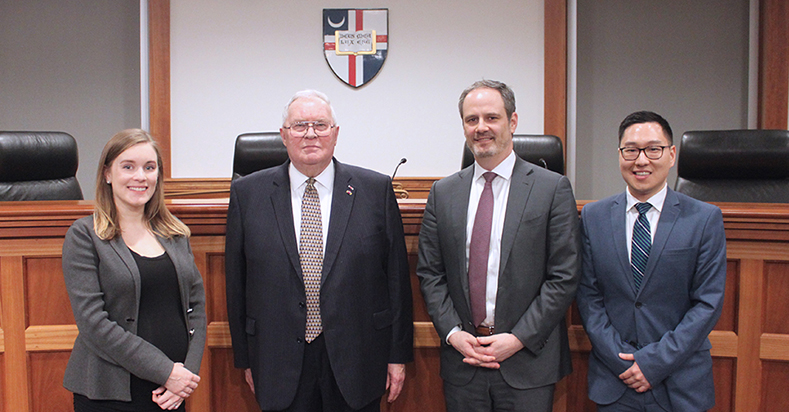 On January 24, Catholic University Law Review presented its annual symposium titled, "Against All Enemies, Foreign and Domestic: The State of Military Justice in 2020." The Law Review invited distinguished speakers to discuss the history of the military justice system, the rights of the accused, and sexual assualt victims in the military. 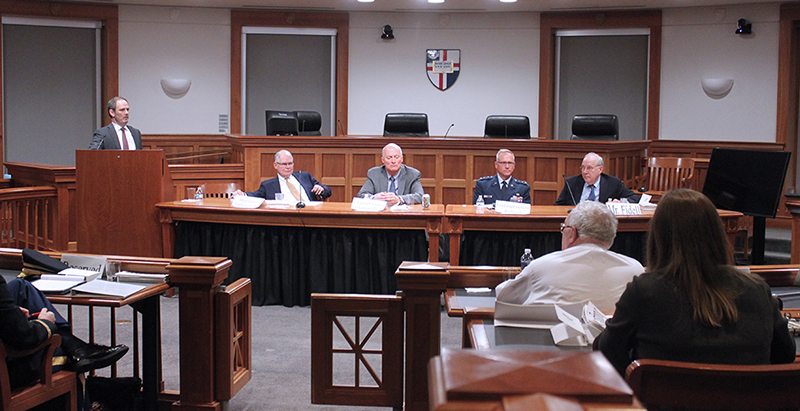 Panel 1: The Rights of the Accused

Dean Payne began the first panel with a brief outline of the substantive and procedural differences between federal civilian courts and military courts. Afterwards, the panelists discussed the rights of the accused and how those rights are protected in a military context. 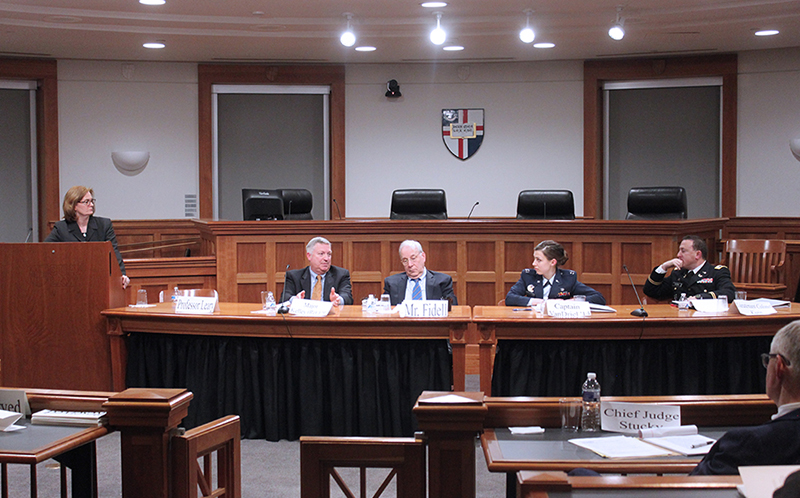 The second panel focused on the other side of the courtroom from the victims' perspective. Professor Mary Graw Leary led a discussion with panelists on victims’ rights and the mechanisms in place to protect victims in the military.

Following the panel discussions, Lauren Huston (3L) and Peter Kim (3L), Lead Articles Editors of Catholic University Law Review, Vol. 69, offered closing remarks and thanked the panelists and the audience for their time. Everyone then adjourned to the Louise H. Keelty and James Keelty Jr. Atrium for a reception.