CUA Law Professor Robert Destro was quoted in reference to the challenge of Medicaid expansion in the new Health Care Bill. See below.

From: National Catholic Register
Date: May 19, 2017
By: Brian Fraga

Robert Destro, the founding director of the Interdisciplinary Program in Law & Religion at The Catholic University of America's Columbus School of Law, told the Register that he is not surprised that the cost of Medicaid expansion has been a stumbling block in Congress because the costs to insure an expanded Medicaid population could be significantly higher than expected. "The whole goal of Obamacare was to move us closer to a single-payer system, and that's really what the Medicaid expansion was about," Destro said. "If you think about what single payer would look like, it would look like either Medicaid or Medicare, but most likely Medicaid."
. . .

Analyzing health care reform through a Catholic social teaching perspective, Destro said a tension exists between the right of people to control their own health care decisions and the need to help Americans who do not receive health insurance from an employer and earn too much money to qualify for Medicaid.

Destro said he believes the Senate's working group will seek to tackle tough problems in the medical industry, such as the high price of prescription drugs. He said the senators have shown themselves to be concerned especially with people in the middle who would not qualify to be covered under Medicaid expansion.

"I think you will see a lot of innovative things coming from them," Destro said. "They recognize that one of the problems with being poor or being under-employed is that you don't have the same flexibility that everybody else has." 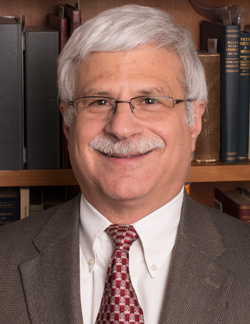