Archbishop to public officials: Rely on the Holy Spirit

From: Catholic News Agency
Date: October 3, 2016
By: Matt Hadro
...
Archbishop Hebda preached the homily at the Red Mass at the Cathedral of St. Matthew in Washington, D.C. The Mass has been held annually for Supreme Court justices, judges, and other public officials since 1952, and the tradition of such a Mass for public officials dates back centuries in Europe. The Mass is named for the red vestments worn by the priest, the color of fire and a symbol of the Holy Spirit.

Cardinal Wuerl celebrated the Mass and Archbishop Hebda was the homilist.

Three area attorneys and one legal firm were honored after the Mass by the John Carroll Society for their pro bono work for low-income persons. Paul Kurth of Catholic University's Columbus School of Law and lawyers Robert B. Fitzpatrick and Relinda Louisy all volunteered with the Catholic Charities Legal Network. The firm Hogan Lovells US LLP was also honored for its relationship with the Catholic Charities network.

At the Mass, Archbishop Hebda exhorted the justices, judges, and officials to not just pursue justice in their work but to practice mercy to all those they interact with. He pointed to the words of the late Supreme Court Justice Antonin Scalia that "the rule of law is always second to the law of love." 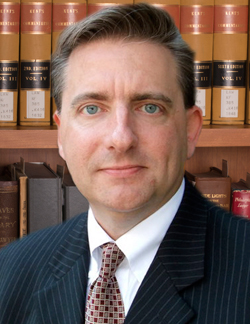 For additional information about Kurth's areas of specialty, see his faculty page.

For additional information about Kurth's areas of specialty, see his faculty page.