Catholic Law Professor J. Joel Alicea authored an op-ed, which was published in National Review on April 20, 2022. The article discusses Catholic Law's new Project on Constitutional Originalism and the Catholic Intellectual Tradition and the debate surrounding the future of American constitutionalism — calling for a more forthright conversation about “the moral foundations of American constitutionalism in general and of originalism in particular.”

National Review
By: J. Joel Alicea
Date: April 20, 2022
The Debate We Should Be Having about Catholicism and the Constitution

“The current moment demands a debate, rooted in the church’s intellectual tradition, about the moral foundations of originalism and the Constitution.” 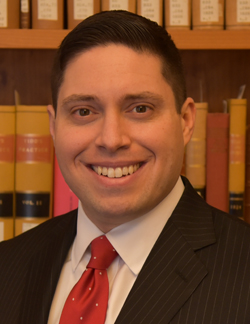 For additional information about our professors' areas of speciality, see his Faculty Profile page.
Share this:

For additional information about our professors' areas of speciality, see his Faculty Profile page.
Back to Top