On the afternoon of April 26, The Catholic University of America’s Center for Human Rights and the Law School's Center for Law & the Human Person co-hosted a symposium entitled, The Inter-American Human Rights System: Challenges to Its Legitimacy and The Road Ahead. The event, which took place in Slowinski Courtroom, invited attendees to confront the questions of how to safeguard the legitimacy and authority of the Inter-American Commission and Court of Human Rights to shape the understanding of human rights and freedoms in the Americas after its partial renewal this year.

The program began with a brief introduction from William Saunders, Director of the Center for Human Rights, and a warm welcome from Elizabeth Kirk, Director of the Center for Law and the Human Person. Saunders shared his appreciation for the University’s many centers and interdisciplinary approach to exploring the ideas of human rights before providing a brief summary of the Inter-American Human Rights System. He then turned the program over to the guest speakers — each of whom provided their reflections on the system from their various perspectives.

Presentation 1: Reflections on the Legitimacy of the Inter-American System From The Perspective of a Human Rights Litigator 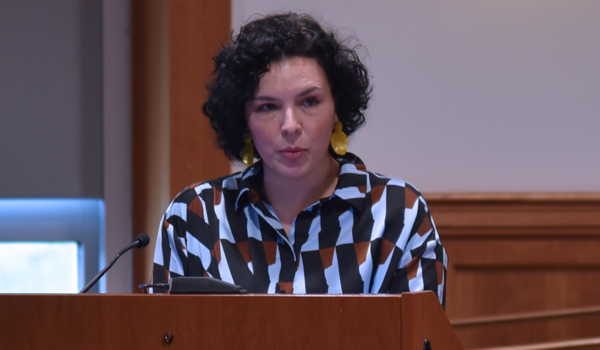 The first speaker gave her thoughts from her perspective as a human rights litigator. She acknowledged that the system has done some good, but there are remaining areas for growth. She highlighted various major areas of concern, including 1- internationally wrongful acts that cannot be remedied; 2- the demand on states to act in the present based on future rulings by the Inter-American Court; and 3- who has the last word with the system (the nations or the Court) — citing examples of cases to illustrate her concerns in each of the areas.

Presentation 2: Reflections on the Legitimacy Challenges of the Inter-American System from the Perspective of an Interamerican Commissioner of Human Rights 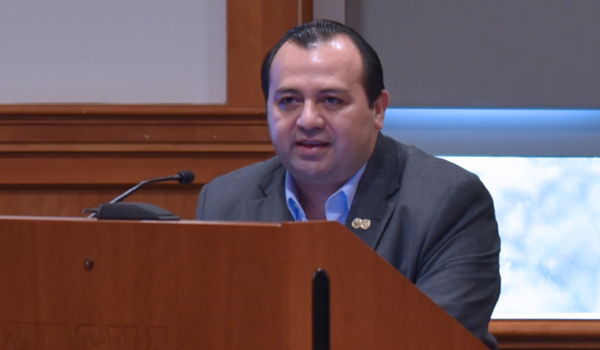 The second speaker spoke from his perspective as a Commissioner of the Inter-American Human Rights System. He led a conversation about strengthening the model by addressing what he sees as the biggest problem — procedural backlog. He shared that the backlog keeps cases from being handled in a timely manner which ultimately inhibits the legitimacy of the system. He added that the issue is not only internal processing but also the growth in the types of cases the Commission accepts; he noted that the Commission must stay true to its founding purpose.

Presentation 3: The Conventionality Control Doctrine and Its Challenges to the Legitimacy of the Inter-American System from the Perspective of a Former Constitutional Court Judge 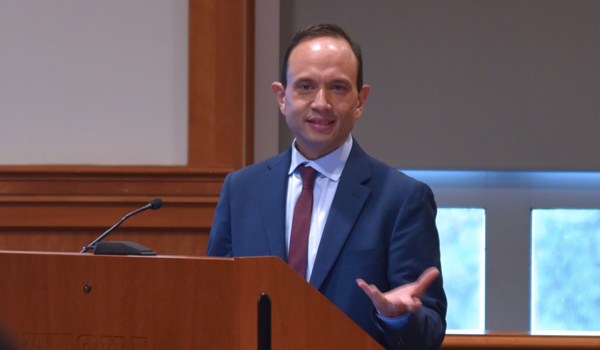 The final speaker spoke from his perspective as a former Constitutional Court Judge. He posed a series of questions about the system's legitimacy and conventionality review — sparking further discussion about the lack of clarity and uniformity of the Inter-American standard.

Speaker: Carlos Bernal Pulido, Commissioner of the Inter American Commission of Human Rights, Law Professor at University of Dayton School of Law, and Justice of Constitutional Court of Colombia (2017-2020)

Following the three speakers and their perspectives, the symposium was opened to questions from the audience. The afternoon concluded with final thanks from Saunders and refreshments in Keelty Atrium.