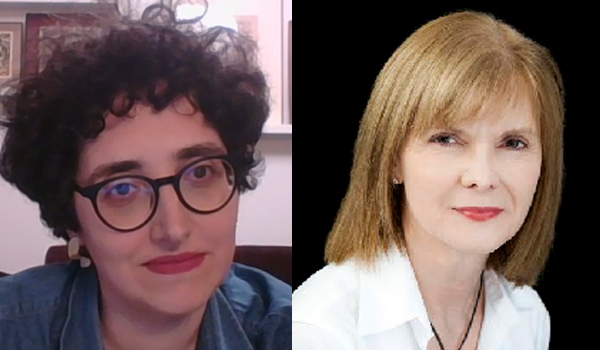 On Wednesday, April 14, Contemporary Challenges in American & Global Law held its first program of the Spring Session, focusing on “Combating Gender-Based Violence: The Council of Europe Istanbul Convention Approach and the U.S. Experience.” The program was held just weeks after Turkey—which was the first country to ratify the Istanbul Convention in 2011—announced its withdrawal from the Convention. Katarzyna Wolska-Wrona (CUA LL.M. 2005), Chief Expert for the European Affairs Committee, Prime Minister's Chancellery Republic of Poland, led the discussion from the European perspective, while the Honorable Diane Kiesel ’85, Acting Supreme Court Justice for the Supreme Court of New York County, Criminal Term, provided comments considering the American experience.

Judge Kiesel then provided insight into the American experience of combating domestic and gender-based violence, drawing a parallel between the Istanbul Convention and the Violence Against Women Act (VAWA) which was first introduced in the U.S. in 1995. Just as the Istanbul Convention creates a cohesive, integrated approach to combating violence within the member nations, VAWA strives to create a uniform approach to violence at the federal level rather than leaving it to each of the 50 states to create individual systems. Judge Kiesel also noted that VAWA has stalled in recent years as a result of political opposition.

The remainder of the program was dedicated to the Q&A portion of the event. Judge Kiesel opened the segment, posing a question to Wolska-Wrona regarding what factors would influence a country’s decision to sign, but not ratify the Istanbul Convention. Then both Wolska-Wrona and Judge Kiesel answered additional questions from the audience, moderated by Professor Emerita Leah Wortham, Director of the American Law Program and the LL.M. Program at Catholic Law. Both speakers shared their opinions on the use and effectiveness of deterrents on violent crimes, early intervention techniques, and political obstacles and flashpoints for the Istanbul Convention and VAWA. The program concluded with a poignant reminder of the importance of exploring historical, cultural, and political differences between countries as a means of better understanding the legal structures in which we live.