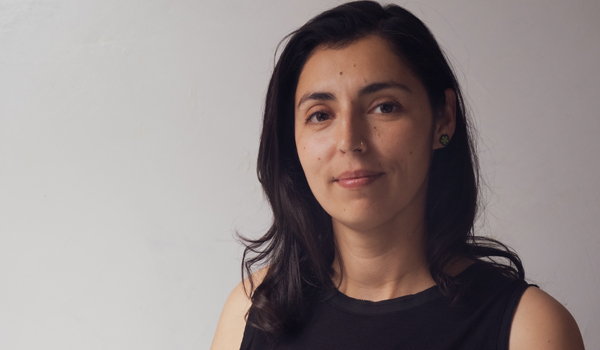 “We were privileged in that my parents had status most of my life, but so many people around us did not. The struggles, exploitations, and fears of deportation were very real for many.” From an early age, Patricia Zermeño ’15 recognized the complexities of the United States immigration system and the numerous barriers faced by those seeking legal assistance. Now, as a Staff Attorney/ Clinical Supervisor at East Bay Community Law Center, Zermeño provides legal services to low-income immigrants on a wide range of immigration issues. In this role and throughout her career, Zermeño has worked to promote justice and build communities. As the inaugural recipient of the Latin American Law Students Association (LALSA) “Public Service” Award, Zermeño reflected on her upbringing and her deep-seated passion to serve others.

Growing up in the Central Valley of California, Zermeño and her siblings were the first of her family to be born in the United States. Her parents both immigrated from Mexico and worked in agriculture fields. Because her parents’ work was seasonal, Zermeño and her family would spend months each year in Mexico with her grandparents and extended family. Looking back, she shared, “I grew up with a strong sense of justice, even if I did not know it, frequently fighting with my parents about gender inequities in my house, and also bearing witness to the injustices my parents and family were subject to every day.” For college, Zermeño attended U.C. Davis, and it was there that Zermeño became, as she describes, “increasingly politicized,” as she became more aware of injustices happening in the world.

Following graduation, Zermeño became a union organizer—working in the position for three years. Reflecting on her work for the union, Zermeño noted, “While doing union work, I encountered many undocumented workers and became increasingly frustrated by the barriers they faced to legal protections as well as the exploitations they faced. I decided I wanted to work with my community, and other immigrant communities, to either create policy changes or work with individuals to navigate these complex systems. In that moment, I felt law school was the way to do this.” The injustices faced by her family early in her life, compounded by the exploitation she observed in her union work acted as a catalyst for Zermeño to pursue a career in immigration law.

The decision to attend law school was easy, determining which school would be the right one for her was a little less so. Zermeño admitted, “I confess, I did not know much about Catholic Law initially.” Upon learning more about the Law School, Zermeño realized that Catholic Law could offer two important things—a D.C. location that would provide access to the Nation’s law and policymaking center as well as a strong, supportive evening program. Zermeño explained, “Besides location, the biggest draw was the evening program. I couldn’t afford to go to law school without working and I felt that their evening program was more accommodating than many law schools and my best opportunity to work and study at the same time.”

For Zermeño, beginning law school felt a bit like entering a whole new world. Zermeño reflected on the experience, “Law school, as it is to many, was quite a culture shock to me. There just weren’t many people who looked like me or had similar life experiences as me. This was a difficult experience in many ways. Not just because of dealing with structural racism, but also direct racism, and sometimes just lack of information.” She continued, noting the immense importance of visibility, “As difficult as that was though, I truly believe my presence as a Latina mattered. Representation matters. We need our voices and our perspectives in the room to be heard, and to break down assumptions and stereotypes.” As Zermeño navigated law school, her friends in the evening program were there to support her. Zermeño noted, “I could not have survived without them. They are beautiful, genuine people. They pulled me through all of my personal and academic struggles in those four years.” Zermeño even had fond memories of studying for finals, she added, “We would all pitch in for provisions and spend the day outlining for exams. Despite the extremely stressful time, there was always room for joy and fun on those days.” The bond Zermeño formed with her classmates is one that continues to this day.

Throughout her time in law school, Zermeño grappled with how she would affect change upon graduation—would she serve others best by working in policy or direct services? But finding any full-time job after graduation wasn’t initially easy for Zermeño. She did a few contract jobs, but they were in fields outside of her area of interest, so Zermeño also used the time as an opportunity to volunteer. Zermeño worked with local organizations and expand her experiences in immigration direct legal services. It was through her volunteer work that Zermeño earned a fellowship with Kids in Need of Defense (KIND). Zermeño shared, “I never thought I would work with children and youth until I worked with KIND. With them, I was able to start building my career, while also working with a population that I owe most of my career and personal growth to.”

The early stages of Zermeño’s career were rewarding but came with new challenges. She explained, “When I started my career, I realized that the demographics, unsurprisingly, did not change much. Though it was better than law school, there still weren’t many Latinx attorneys.” She continued, “Navigating the immigration system is a gargantuan task. It is a complex unjust system, and for those having to navigate it, it helps to see faces that look like yours and talk to someone who speaks your language. My background and language abilities mean that I can often directly communicate with clients in their native language and in a culturally competent way. This helps me develop trust and relationships with clients, which ultimately helps me provide them with better representation.” As Zermeño has continued in her career, she still finds it deeply rewarding to serve others. She noted, “Most of my clients have many life difficulties that do not begin or end with their immigration case. But, if anything I do means that at least one part of their life is a little easier, then I have done my job well.”

Zermeño also works hard to combat burnout in her profession. About the issue, she said, “When you work with populations who are vulnerable, who have experienced significant traumas, it can be difficult to not let that get to you.” Over the years, Zermeño has found several ways to maintain balance in her life, “I make sure to spend time with friends and family. I have several hobbies. I love to sew, run, cook, and bake. I also love watching fantasy shows with my roommates. I am always looking to learn more things outside of my work. I also have also had to learn to develop strong boundaries with my work and my clients.” Not only has Zermeño developed a self-care routine to help protect herself from burnout, but she has also worked hard to improve institutional responsibility so that doing this type of work is sustainable for others as well.

Having built a successful career in service of others, Zermeño shared this advice with the next generation of lawyers, “You’re not actually supposed to know everything. The first years of your career can be a struggle. Many of us aren’t actually prepared for practice right out of law school. Find people who can be mentors and help guide you. The learning curve can be difficult, but you will get through it, and it does get better.” And specifically, to Latinas in the profession, she added, “People will doubt you, your skills, your career, and even your law degree. Be proud of who you are and what you have accomplished. Make your presence known. Your voice is important. Make sure it is heard.”