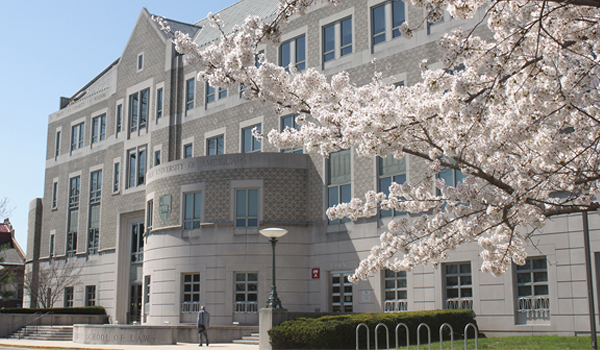 The winners and finalists are as follows:

Rebecca C. Fuller, St. Mary's University School of Law: Rebecca will clerk for the Honorable David A. Ezra in the United States District Court for the Western District of Texas during the 2021–2022 term.

For Rebecca Fuller, law school has helped to prepare her to write briefs and deliver oral arguments, but she feels that not much prepares an up-and-coming lawyer for the specific experience of being a judicial clerk. Reflecting on the importance of a conference like the Judicial Clerkship Opinion Writing Conference she shared, “This conference fills that void by providing not only general advice from those best situated to give it but also personalized feedback. As for the competition, what better way to solidify what you have learned than to apply it? The conference and competition together offer an invaluable learning experience.”

About her success in the competition, Fuller noted, “As law students, we are often told, because of the school we attend or the grades we earn, that our options are limited. In winning the CSL Prize in Judicial Clerkship Opinion Writing, I learned that I should never underestimate myself or limit my own opportunities. It is such an honor.” She added, “I would just like to commend my fellow conference attendees on securing such prestigious clerkship positions and on submitting what I am sure were very impressive opinions. It was truly an honor to share this experience with such talented people.”

Timothy V. Hansen, University of Virginia School of Law: Tim will clerk for Judge Drew Tipton of the Southern District of Texas in 2021-2022 and Judge Ryan Nelson of the Ninth Circuit in 2022-2023.

Daniel T. Judge, Notre Dame Law School: Daniel will clerk for Judge Michael B. Brennan on the U.S. Court of Appeals for the Seventh Circuit in 2021-2022.

Judge shared, “I would recommend this conference to anyone preparing for a clerkship. It is truly a unique experience to spend a weekend learning about judicial opinion writing from so many esteemed judges. I left the conference feeling significantly more prepared for my clerkship."

Zachary Faircloth, Southern Methodist University Dedman School of Law: Zachary is a law clerk for Judge Reed O’Connor of the Northern District of Texas and will clerk for Judge Stuart Kyle Duncan of the United States Court of Appeals for the Fifth Circuit in 2021-2022.

Rahgan Jensen, BYU Law School: Rahgan will clerk for Judge Danielle Hunsaker on the United States Court of Appeals for the Ninth Circuit in 2021-2022.

The Columbus School of Law congratulates all the winners and entrants and looks forward to hosting its second annual conference in the spring of next year. Direct any questions to Professor A.G. Harmon, Coordinator of the Conference and Faculty Director of Bench and Bar Programs: harmon@law.edu.