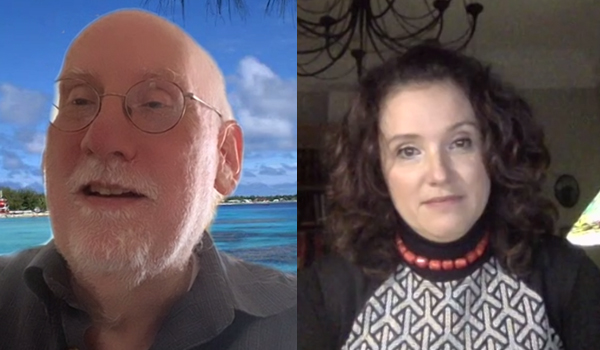 On January 27, 2021, a week after the Inauguration of President Joseph Biden, the Contemporary Challenges in American & Global Law web series turned its focus to the timely topic, “International Law and the New Biden Administration.” The program was moderated by Professor Emerita Leah Wortham, Director of the American Law Program and the LL.M. Program at Catholic Law. Geoffrey P. Watson, Director of the Comparative and International Law Institute and retired Professor of Law, led Wednesday’s afternoon session, with comments made by dr hab. Izabela Krasnicka (IBTSLP 1998), Faculty of Law at the University of Bialystok in Poland.

Watson began the program with his thoughts on the new Biden Administration’s approach to international law. Watson outlined ten issues on which to focus today’s discussion—multilateral treatymaking particularly in respect to human rights, participating in international organizations and courts, relations with China, relations with Iran, relations with Israel and the Middle East peace process, the administration’s legal posture towards the use of military force, the stance of trade relations, the legal attitude towards Russia, international environmental law, and the United State’s relationships with Europe and its allies. He then closed with a few final thoughts on legalism on foreign policy and personnel. Krasnicka’s comments focused on expectations of the Biden Administration from the European perspective. She noted that while there is a general excitement for the change in administration, there is work to be done in order to repair the countries reputation. Both Watson and Krasnicka agreed that international law and international politics are two very different things and it is important to understand how slowly law changes happen.

Following their remarks, Watson and Krasnicka answered questions from those in attendance. Question topics included how the appearance of the U.S. political system as broken may affect its global stand, how division amongst the democratic party may play into the types of law that will get passed under the new administration, addressing state-affiliated cyberattacks, and future partnerships between the U.S. and the EU. Watson and Krasnicka also took an opportunity to posit questions to one another and open the discussion further. The program reached a hopeful conclusion that despite the many limitations of public international law, it matters greatly on a global scale.