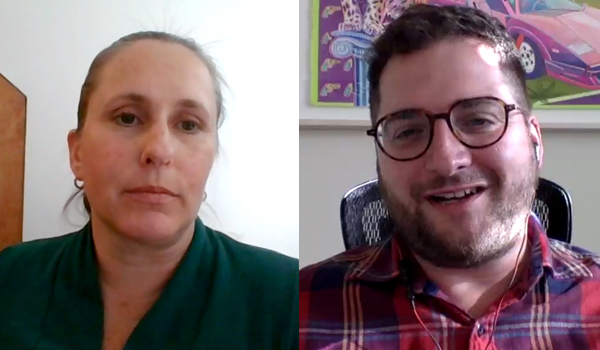 On December 9, 2020, Catholic Law and its partner, Jagiellonian University in Kraków, Poland, concluded the fall lineup of events in the Contemporary Challenges in American & Global Law webinar series. Professor Emerita Leah Wortham, Director of the American Law Program and the LL.M. program, has led the series and once again acted as moderator for the discussion. This week’s webinar focused on Artificial Intelligence and Intellectual Property. Megan La Belle, Professor of Law and Co-Director of Catholic Law’s Law and Technology Institute (LTI), provided opening remarks, and comments were made by Tytus Cytowski (IBTSLP 2001), founding partner of Cytowski & Partners in New York City, New York.

La Belle teaches and writes about intellectual property, civil procedure, federal courts, and administrative law. Her scholarship engages topics in patent law as well as civil procedure and administrative law. Given the breadth of the topics of Artificial Intelligence (AI) and Intellectual Property (IP), La Belle opened the discussion by focusing specifically on the United States’ policies on AI and IP. La Belle explained current definitions of AI and AI innovation and then honed in on an extensive report published by the United States Patent and Trademark Office regarding AI in October of 2020. La Belle highlighted the major themes of the report as well as some of the biggest questions confronting AI and IP right now. Cytowski then commented on the USPTO report—in particular the U.S. government’s response to it—bringing a unique perspective as a transactional lawyer working with clients in the Bay Area. Cytowski noted three key points for consideration: the lack of response to the PTO’s request for comment, that copyright law is so crucial to the American legal system that it was included in the Constitution, and that copyright law has remained relatively unchanged since its inception in 1710.

As Cytowski concluded, he posed a question to La Belle regarding what the law means by “innately human” and how direct the level of intervention needs to be to create ownership in copyrighted works. With the remaining time, La Belle and Cytowski answered questions on the topic from those in attendance.

The winter season of this web series will begin on January 13, 2021. To learn more about upcoming events, click here.