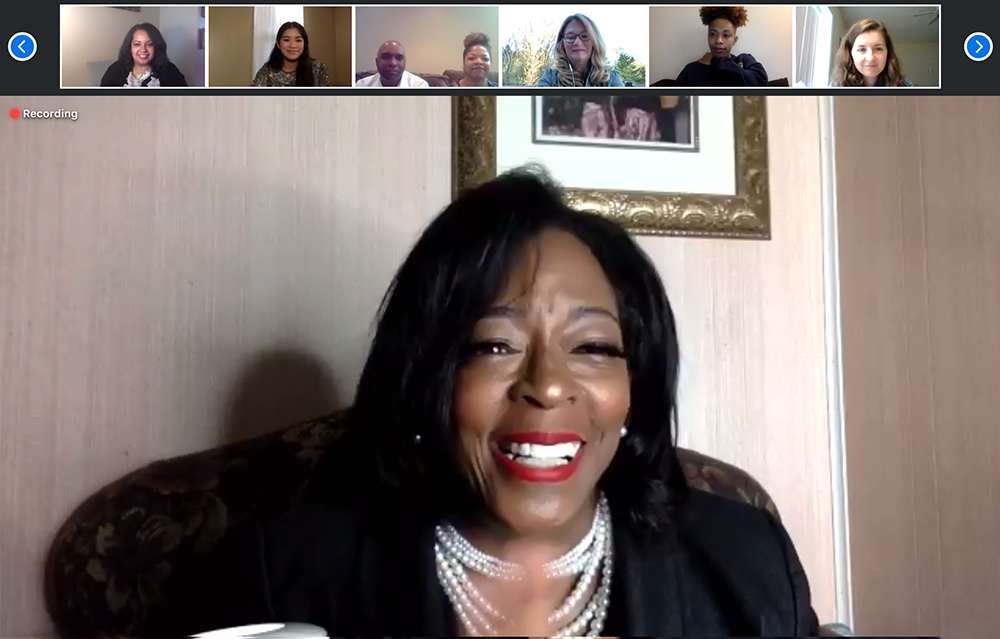 Dean Stephen C. Payne welcomed the group––a mix of admitted students, current students, alumni, and staff—sharing how this series is “designed to connect the admitted students with the Catholic Law community of which we are so proud.” He then introduced Watson-Stokes—affectionately known as the “First Lady of First Degree” for her work as the top female prosecutor in Philadelphia.

Dean Payne began the moderated Q-and-A, asking Watson-Stokes why she chose Catholic Law when looking for a law school. Watson-Stokes cited “the ability to be known” by faculty as one of the important metrics used in her decision. As she spoke about her 30-year career, Watson-Stokes illustrated just how important the Catholic Law connection is. Through her stories, it was clear that Catholic Law graduates look out for one another, that they care about the people who went to their school.

When asked if she could share any advice with Catholic Law students or those who are joining the community this fall she emphasized the value of seeking out mentorship and sponsorship, “pick out a person you want to mentor you and then bug them until they do it [...] never accept no for an answer.” As the hour drew to a close, Watson-Stokes took questions from attendees, sharing more beautiful advice about navigating the world of law.