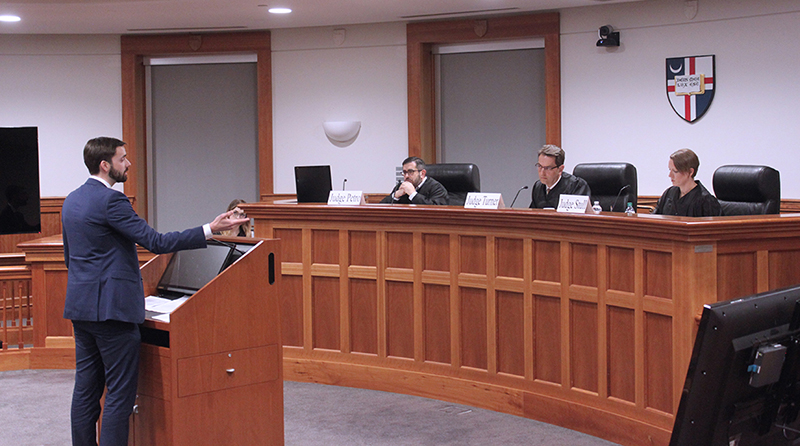 These teams competed before experienced communications and technology law practitioners. The teams addressed current topics in communications and technology law, along with aspects of election and constitutional law. This year's problem focused specifically on the fictional Faceblog Company and the Federal Trade Commission looking at Section 230 of the Communications Decency Act, Chevron deference, and statutory interpretation under the first amendment and administrative law.

The Vice Chancellor of the 26th Annual NatTel Moot Court Competition, Logan Samuels (3L), represented on behalf of Catholic Law along with FCBA Committee member Danielle Thumann. A special thanks to all judges who participated in the event. 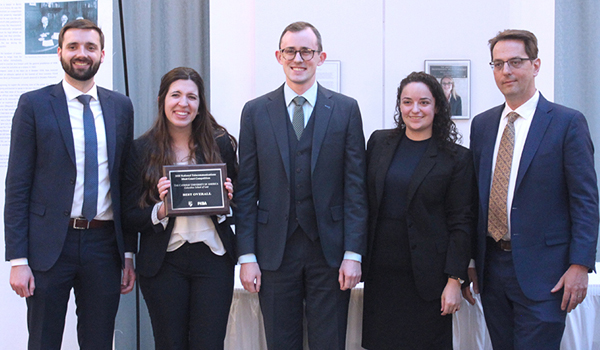 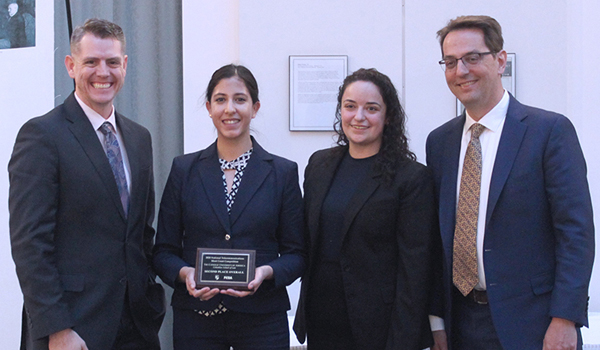 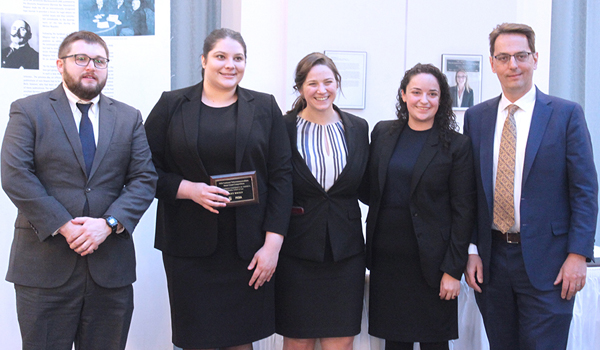 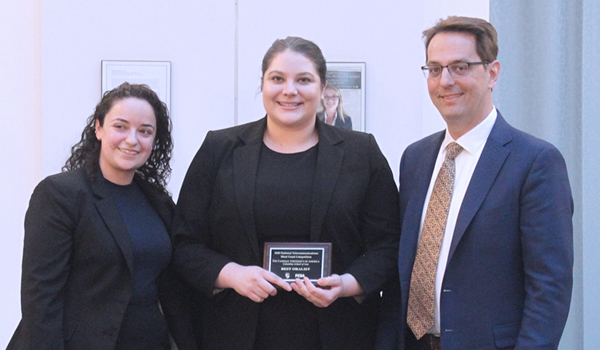