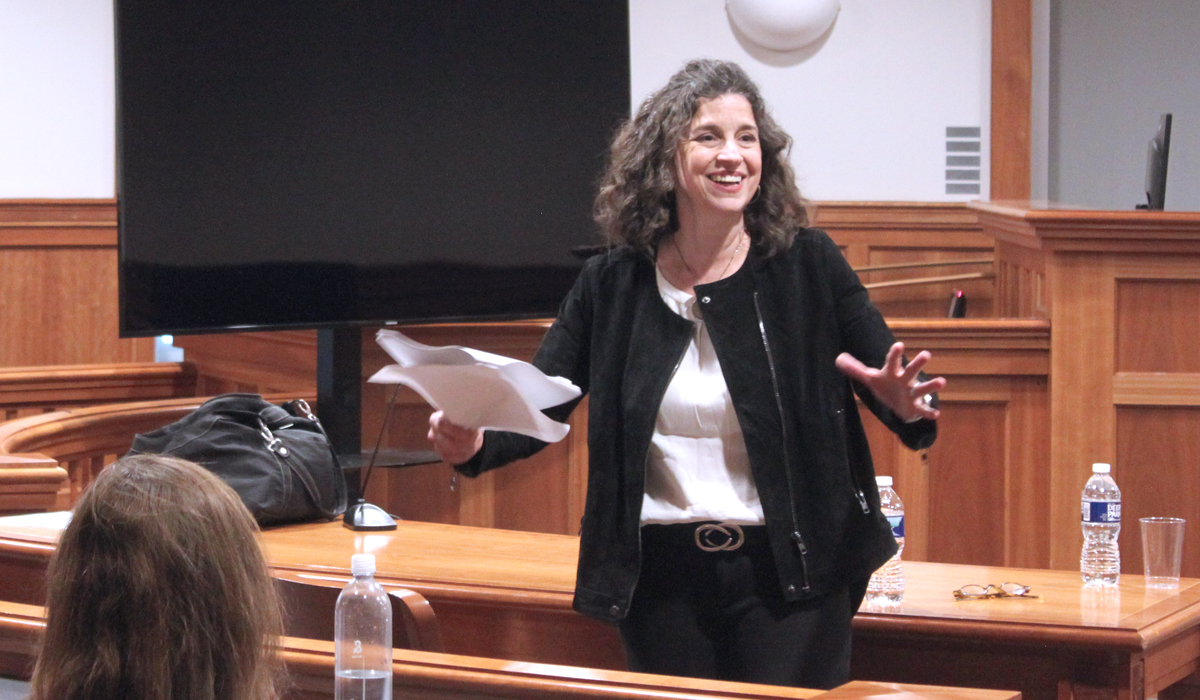 Catholic Law Professor Mark Rienzi opened the presentation by introducing Alvaré who was previously a professor at Catholic Law herself. Alvaré is currently a Professor of Law at Antonin Scalia Law School, George Mason University, where she teaches Family Law, Law and Religion, and Property Law. She also publishes on matters concerning marriage, parenting, non-marital households, and the First Amendment religion clauses.

Alvaré noted that it had been a long time since there was substantial democratic debate on the topic of abortion, and now 46 years after the decision in Roe v. Wade, it is time to look at empirical data surrounding the discussion. She then posited arguments used in legal debates, followed by a breakdown of empirical evidence used for each claim.

As the lecture came to a close, the floor was opened up for questions from the audience. Alvaré provided final insights on topics ranging how legal arguments for abortion compare with legal arguments for the right to die and how abortion fits into the international legal conversation.

After the conclusion of the lecture, students, alumni, faculty, staff, and guests were invited to a reception in the Keelty Atrium for some refreshments and a chance to personally speak with Alvaré.