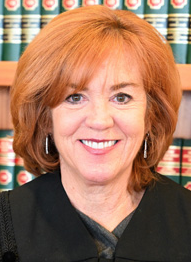 Prior to the appointment, Justice Fitzgerald has served as the Administrative Judge of the Sixth Judicial District since 2016, was elected as a Justice of the Supreme Court, beginning her term in January of 2008, and engaged in private practice.