Professor Catherine Klein wrote the preface for a new book, Epistemic Communities at the Boundaries of Law: Clinics as a Paradigm in the Revolution of Legal Education in the European Mediterranean Context, on the development of clinics in Italy and Spain. Klein has collaborated with clinics in both countries: conducting training at their schools, collaborating on joint workshops, planning projects and conferences together, and more.

All and all, a very rewarding aspect of my career as a law professor at CUA. "

I begin with a few quotes from two of the educational theorists I keep close to my heart.

For a long time, educational theorists such as Paulo Freire and John Dewey have been telling us that engaging learners in real problems in the real world is the best way to stimulate and enhance learning.  Clinical legal education is a movement that first ignited in the United States forty-five years ago, and has been incrementally taking hold in Europe and the rest of the world.  Clinics are in part a response to theorists like Freire and Dewey, and others, who have urged us to rethink radically the goals and methods of education, and to re-envision the role that our universities play in our societies. 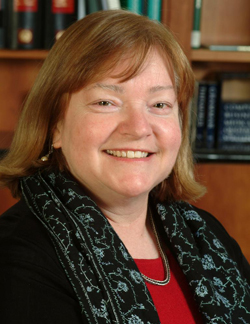 Catherine Klein is the director of Columbus Community Legal Services. For additional information about our professors' areas of specialty, see her faculty page.
Share this:

Catherine Klein is the director of Columbus Community Legal Services. For additional information about our professors' areas of specialty, see her faculty page.
Back to Top