CUA Law Adjunct Professor Daniel Bress Confirmed to Serve as Circuit Judge on the U.S. Court of Appeals for the Ninth Circuit 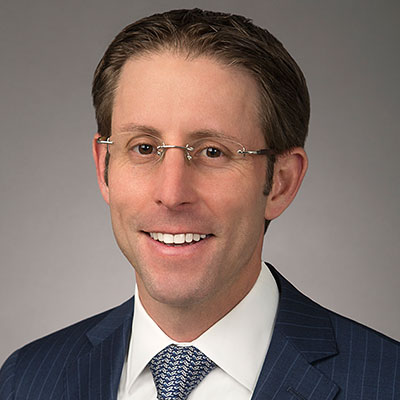 On July 9, 2019, the United States Senate confirmed President Donald Trump’s nomination of attorney Daniel Aaron Bress to serve as a judge of the U.S. Court of Appeals for the Ninth Circuit. Senators gave their consent by a vote of 53-45.

Judge Bress was nominated to the court on February 6, 2019. After his appearance before the Senate Judiciary Committee on May 22, 2019, his nomination was reported to the Senate floor on June 20, 2019.

Prior to his appointment to the bench, Judge Bress had been a partner at the law firm of Kirkland & Ellis LLP in Washington, D.C., since 2011. Before joining Kirkland as an associate in 2008, Judge Bress was an associate at Munger, Tolles & Olson LLP in San Francisco from 2007 to 2008.

“During my semester in Professor Bress’ class, I had the opportunity to learn from a lawyer who pushed me to think outside the box. The discussions that took place in our class forced me to question my own beliefs, and challenge the views of my peers. In my opinion, my time in Professor Bress’ class prepared me to enter the fast pace world which is a legal career on Capitol Hill.” - Richie LaMura '19

“Learning from Professor Bress was one of the best parts of last semester. I know that the Ninth Circuit has gained an incredible mind. It’s going to be really interesting to watch him apply the theories of Textualism that we learned in class to his opinions as a Judge! During his confirmation hearing, the senators even asked him about some of the Textualism concepts that we talked about in class. I have no doubt that he is prepared for his new role, but CUA will miss him!” - Rebecca Schisler (3L)