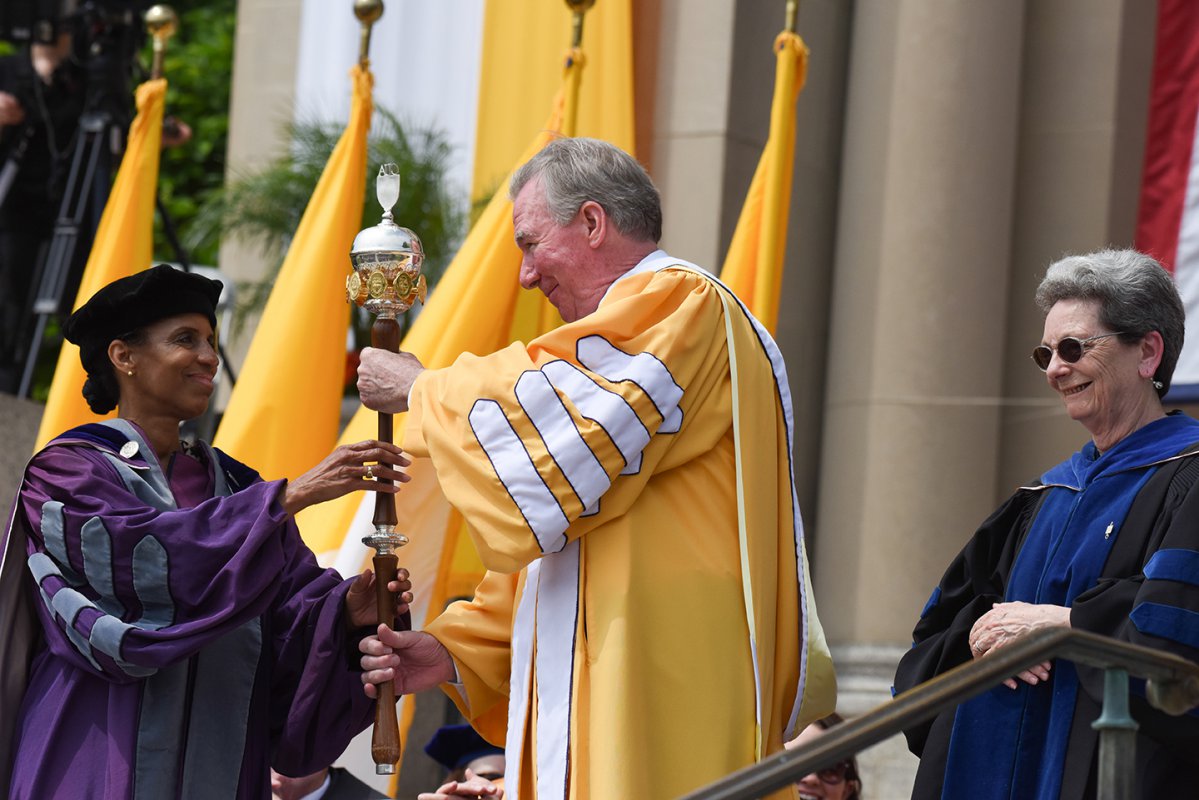 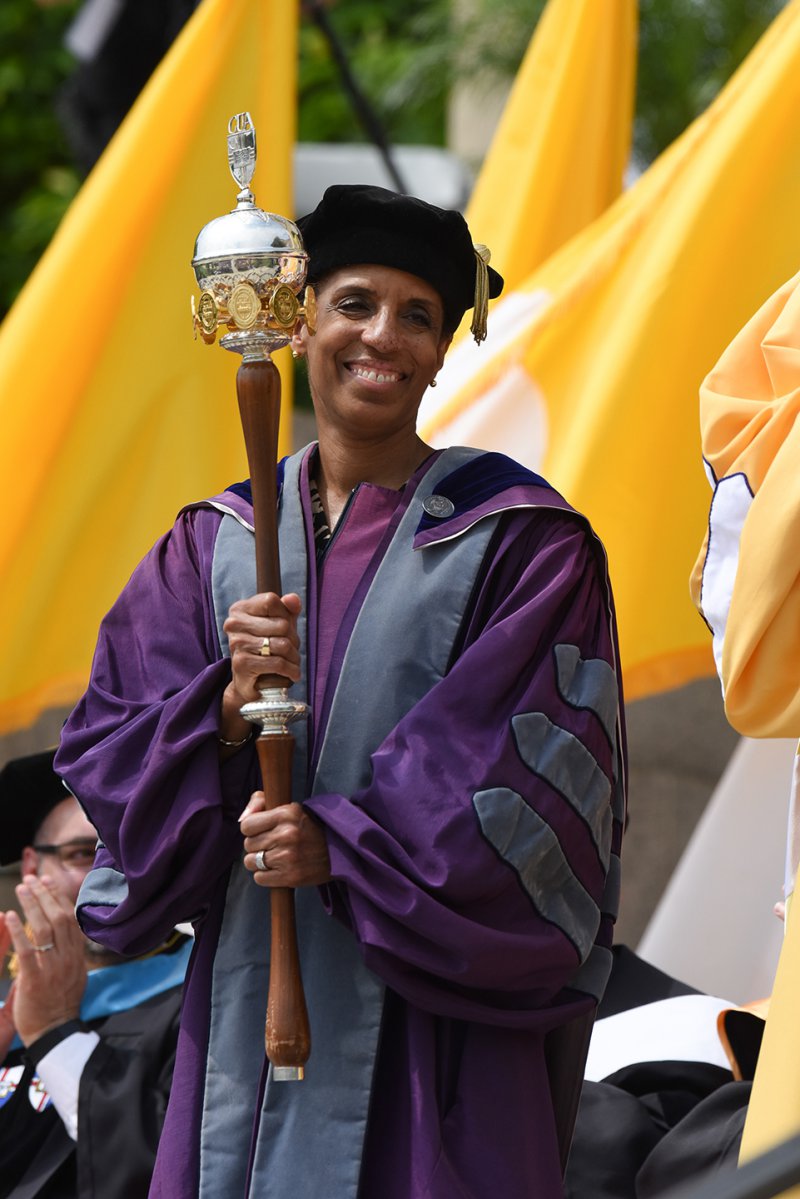 The University conferred approximately 1,620 bachelor's, master's, and doctoral degrees during the ceremony. The Columbus School of Law Commencement, traditionally held inside the Basilica of the National Shrine of the Immaculate Conception, is scheduled to take place at 11:00 a.m. on May 24. Judge William T. Newman Jr., chief judge for the Arlington Circuit Court of the 17th Judicial Circuit in Virginia, will be the principal speaker for the ceremony.

The academic mace, or scepter, was used during the early days of universities to lead faculties in official ceremonies. It also served as a reminder for order during classes. The current mace was the gift of an anonymous donor for the University's centennial celebration in 1987. It was designed by Spanish silver designer Jose Barata Y Barrera and constructed by the Stieff Company in Baltimore. The mace is constructed of sterling silver with gold ornamentation and American walnut for the staff. The University seal appears on the top of the mace. Symbols of the nine schools that existed at the University during the time of the centennial appear around the center. 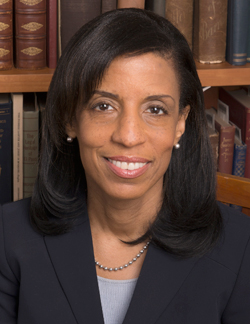 For additional information about our professors' areas of specialty, see her faculty page.

For additional information about our professors' areas of specialty, see her faculty page.