Leo opened his remarks by thanking CUA Law for inviting him to speak. "This a school that has always been committed to pursuing human dignity and to being an environment of inclusiveness that challenges hearts and minds."

Leo discussed the future of the structural constitution following the Kavanaugh confirmation. He stated that the United States has come to an extraordinary moment in the history of the republic.

"After years of neglect, the Constitution is on the verge of gaining respect on our nations' courts. Few developments are more important to peoples' freedom and our country's future."

He said this movement was advanced by the arguments and ideas of Robert Bork, Edwin Meese, Justice Anthony Scalia, and Justice Clarence Thomas.

Leo stated that throughout the years the structural constitution has been undermined by the courts. He believes, for the first time in his life, that the Supreme Court is close to restoring the structural foundation.

"The structural constitution gave the American people room to be exceptional."

After the conclusion of the lecture, students, alumni, faculty, staff, and guests were invited to a reception in the Keelty Atrium for a chance to personally speak with Leo. 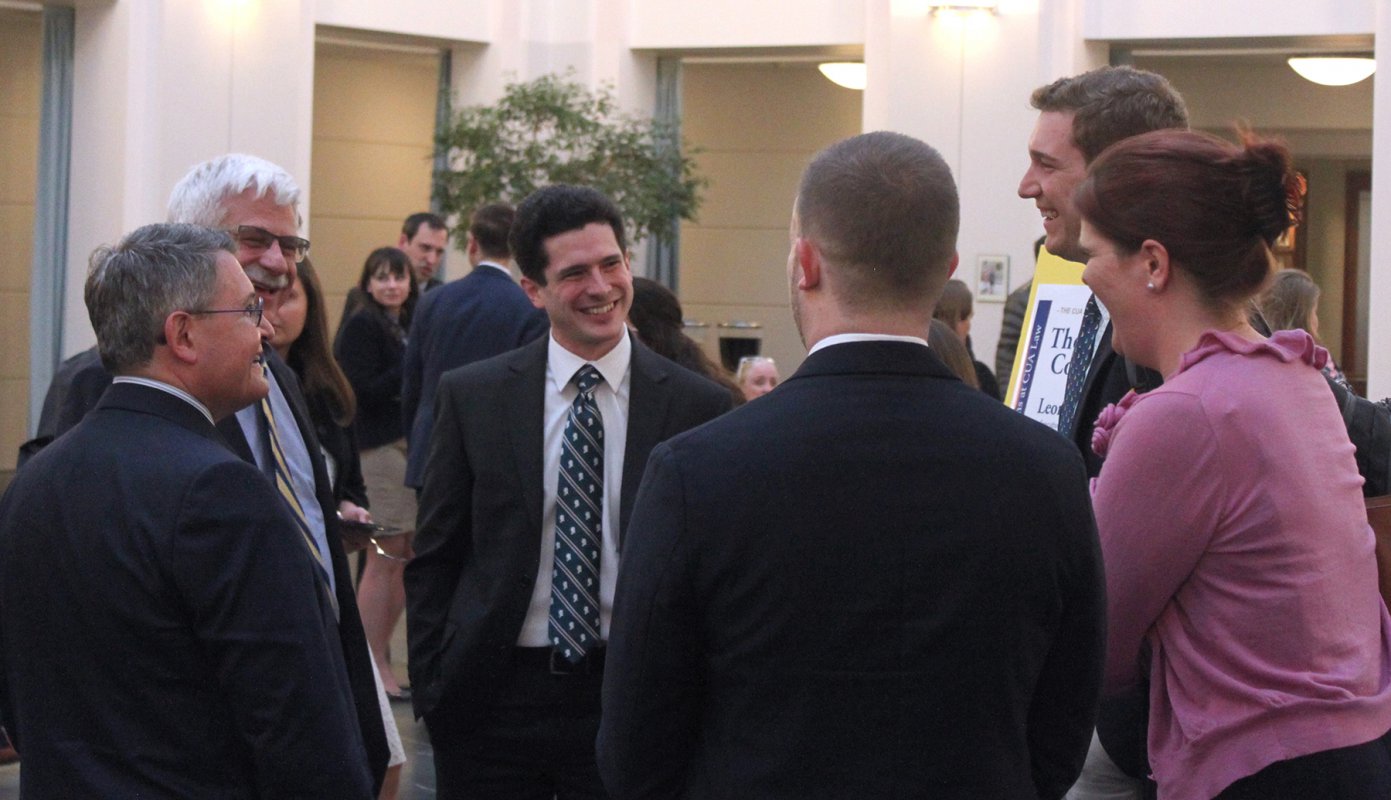 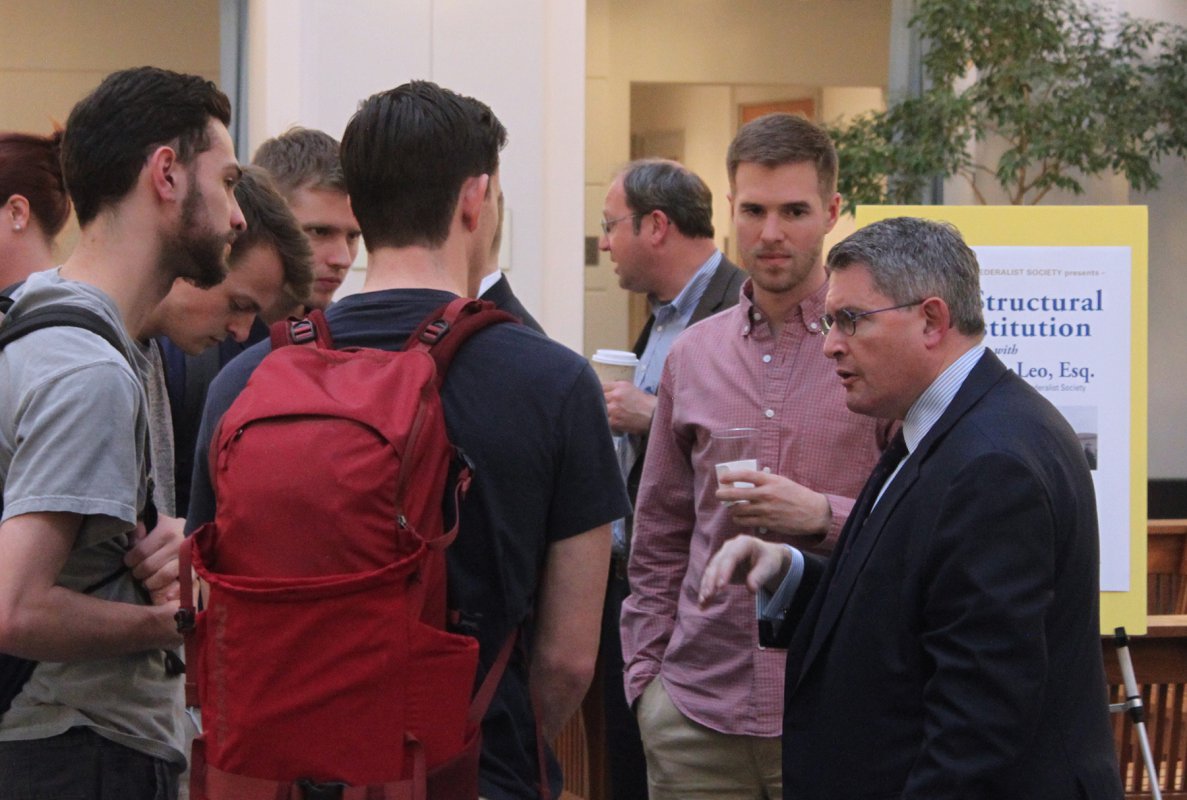