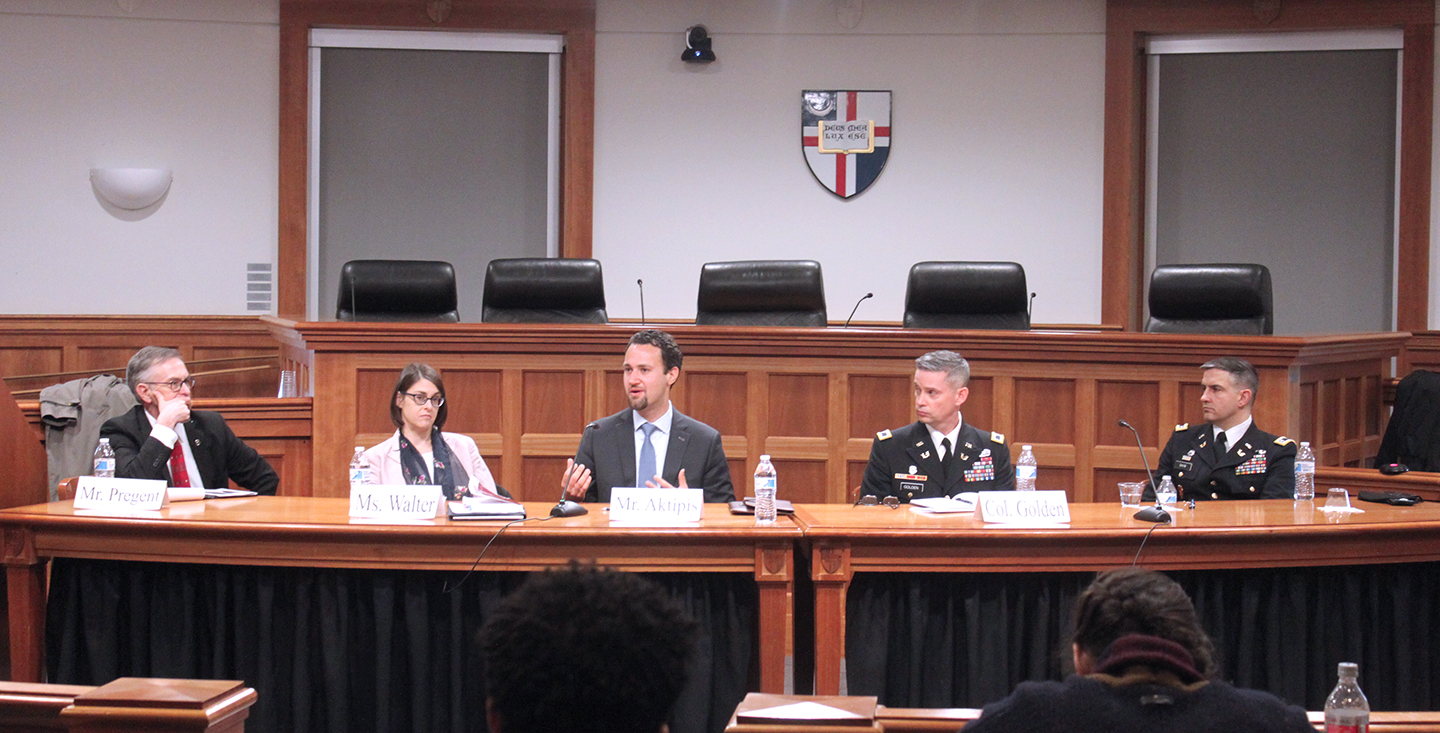 The panelists spoke about privacy and how it effects us everyday- including cyber security such as the impact of companies like Facebook collecting personal data of their users, including the international implications as well. The audience asked various questions following the panelists' presentations.

Following the panel, students were invited to a reception with alumni in the Keelty Atrium for a chance to network and engage in conversations.