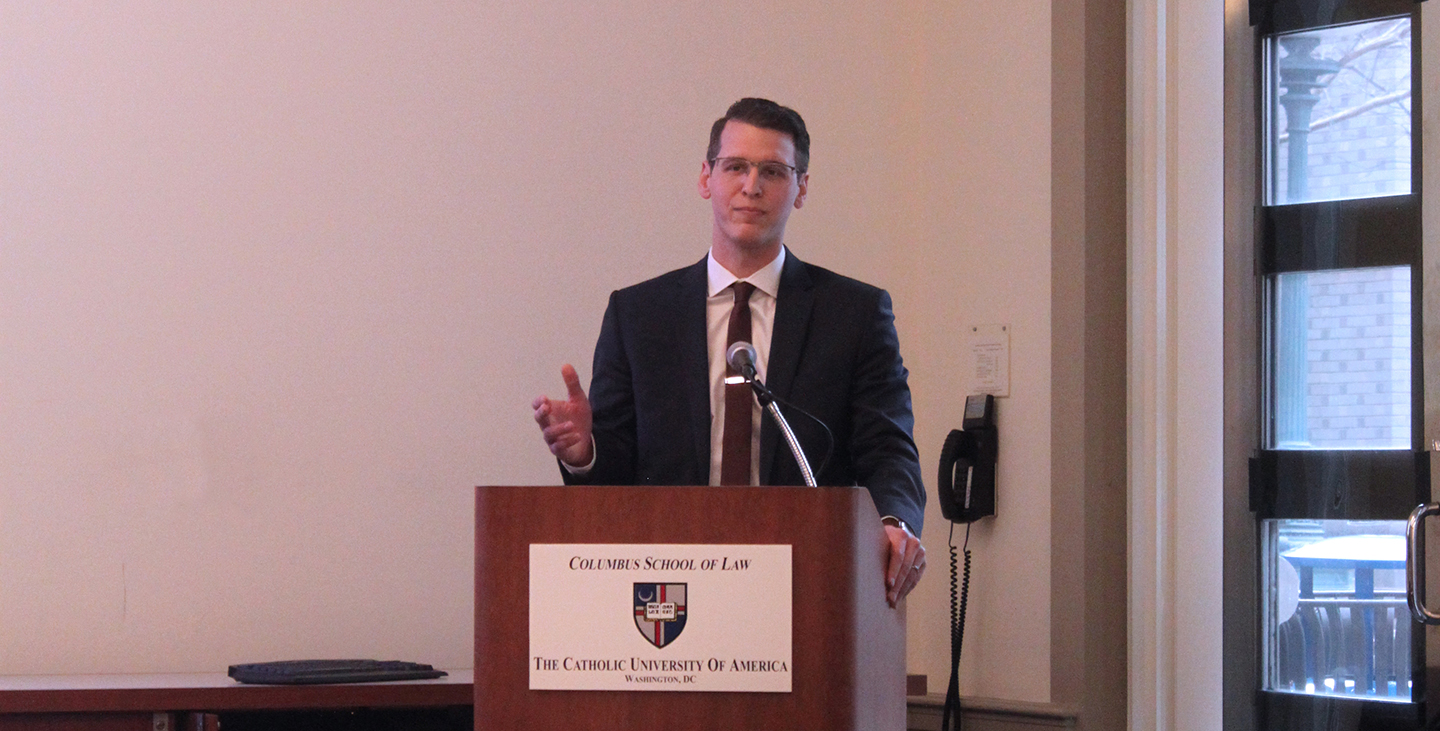 Paul St. Clair (3L) delivered the second Student Scholars Series lecture of the semester entitled "Antitrust in an Information Age" on February 13. St. Clair decided on this topic after noticing a rise in both left and right leaning economists calling for antitrust regulation in big tech.

St. Clair explained the history of antitrust, how it developed to the law it is today, and the challenges to the digital economy. "In an area of partisan discord, agreement on tech policy issues is rare and deserves more than a quick look analysis," he noted.

"Why does big tech have so much influence? In short because big tech is enormous...it is clear that mistrust of big tech is on the rise," he explained. He also stated that antitrust laws are aimed specifically at protecting consumers and competition. They are not aimed at protecting elections or the degradation of journalism.

St. Clair proposed updating guidelines that agencies use to analyze mergers, reinvigorating The Potential Competition Doctrine, and having the current administration adopt a more aggressive enforcement posture. He noted that all of these solutions do not include Congressional intervention. 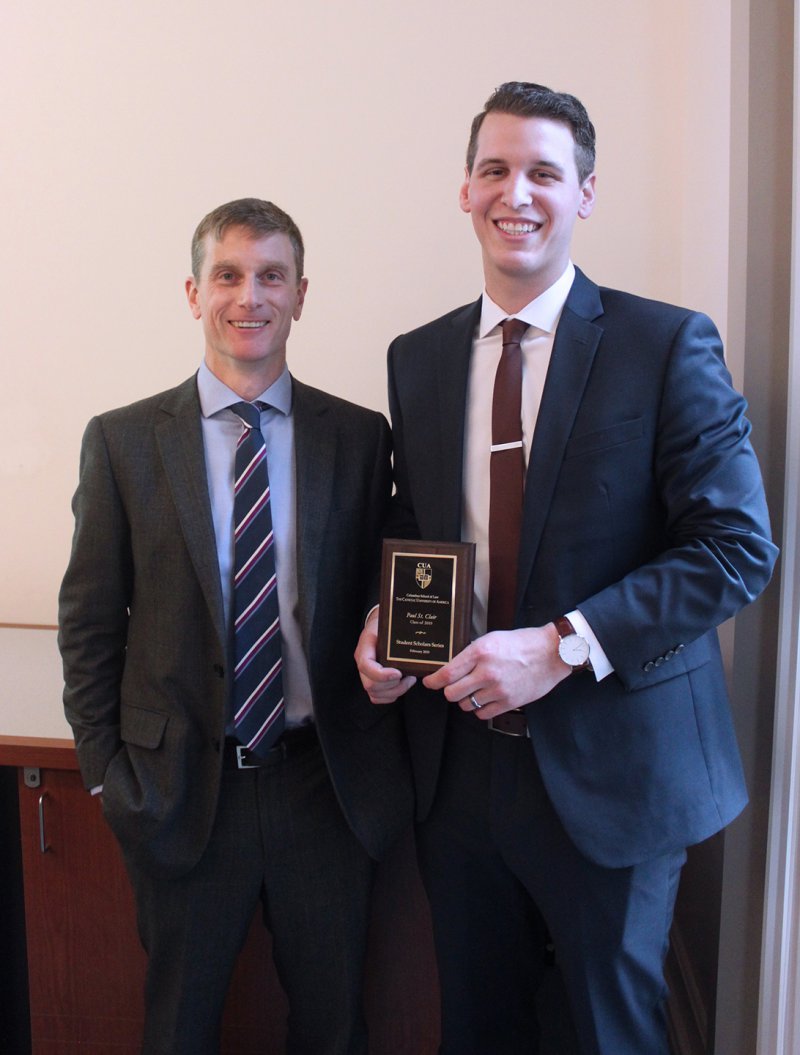 Randy Long served as the respondent for St. Clair's lecture. Long is a Director of Competition & Consumer Protection Policy at Microsoft's Washington, D.C. office. Prior to joining Microsoft, he spent over 12 years at the Federal Trade Commission, working primarily in the Bureau of Competition. He began his FTC career as a staff attorney handing merger investigations and litigation before becoming an attorney advisor to FTC Chairman Deborah Platt Majoras. In his final post at the FTC, he served as a Deputy Assistant Director.

After the lecture, St. Clair and Long took questions from the audience, and students had the opportunity to engage in conversations with faculty and guests.

The Student Scholars Series was founded by CUA Law Professor Harmon in 2009. It was established in order to recognize notable legal scholarship produced by students during the academic year and to foster the practical skills associated with presenting and defending that scholarship in a professional conference-style setting.