On Tuesday, February 5, 2019, The Securities Law Program presented its third lecture of the year entitled "The Dodd Frank Act in our De-Regulatory Environment." The talk was delivered by Amy Friend, former Chief Counsel to the U.S. Senate Committee on Banking, Housing, and Urban Affairs, at the time of the adoption of the Dodd Frank Act, who later served as the Senior Deputy Comptroller and Chief Counsel at the Office of the Comptroller of the Currency (OCC).

Friend opened her lecture by explaining that the Dodd-Frank Act was passed in response to a financial crisis that was created by a nearly perfect storm of damaging events. These events included: the issuance of subprime mortgages that were awarded to unqualified investors; the creation of collateralized mortgage bonds (CMBs) that were backed by the flawed mortgages; an unknown amount of credit default swaps that were designed to ensure the security of the CMBs; and inaccurate credit rating agencies designed to determine the value of the CMBs.

Friend discussed that Congress recognized that rules would have to be put in place to prevent a recession of this dimension from occurring again. This lead to the authoring of the Dodd-Frank Act. The Dodd-Frank Act requires banks to come up with plans for a quick resolution if they run out of money; increases bank capital held in reserve for potential future slumps; and requires large banks to take an annual "stress test." The Act also established a Financial Stability Oversight Council (FSOC) to identify risks affecting the financial industry and created the Federal Consumer Protection Board (FCPB) to help ensure the safety of borrowers and users of credit. Finally, the Volcker Rule was adopted to prevent banks from making risky investments from their own accounts. 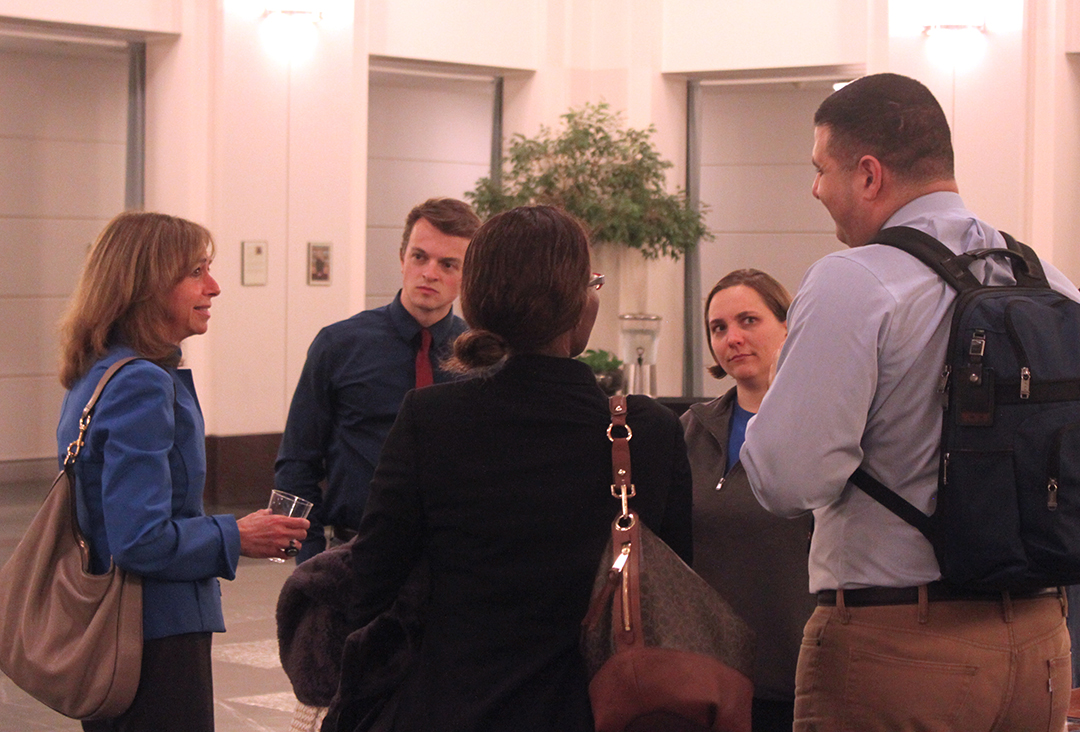 In conclusion, Friend noted that most of provisions of the Dodd Frank Act remain largely in tack, despite recent attempts by the current Administration to de-regulate. One explanation for this development is that the removal of financial protection rules is perhaps more difficult than the creation of new rules.

The audience asked an unprecedented amount of questions regarding the lecture. Following the event, the students along with the speaker attended a reception in the atrium where the conversation continued.