Dignity as a Human Right? 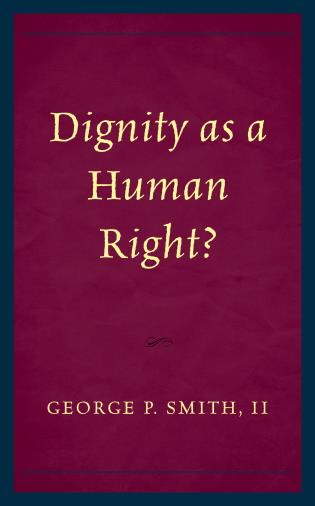 Dignity is seen, commonly, as an ethical obligation owed to human persons. The dimensions of this obligation are subject to wide discussion and defy universal agreement. Dignity is seen, commonly, as an ethical obligation owed to human persons. Dignity as a Human Right? examines dignity within the prism of death, and more particularly, its humane and dignified management. Although there is no domestic or international right to die with dignity, within the right to life should, arguably, be a right to dignity and self-determination especially at its end-stage; for, a powerful interface exists between the right to human dignity and the very right to life, to love and humanity as well as compassion at its conclusion. Legislative efforts--nationally and internationally--have begun to recognize a right to die with dignity when a condition of medical futility exists. There are presently five states and the District of Columbia, together with a judicial interpretation from the Montana Supreme Court, which recognize death assistance for the terminally ill. Internationally, Canada, Belgium, the Netherlands, and Switzerland are seen as leaders in this recognition. The United Nations has played a significant role in framing end-of-life decision making within the ambit of human rights protection. The UN Charter states unequivocally that the dignity and worth of the human person must be protected and safeguarded. Similarly, among other instruments, the Universal Declaration on Human Rights acknowledges that all human beings are born free and equal in dignity and rights.

Professor Jon Herring of the University of Oxford observed that dignity as a concept "is a core one to lawyers and philosophers, yet is often misunderstood and misapplied." In this book, Professor Smith, "one of the world's greatest medical lawyers, clarifies the concept of dignity as a human right in an insightful, significant, and powerful analysis."

Professor Smith's book published in 2005 by Springer Press, entitled The Christian Religion and Biotechnology: A Search for Principled Decision-making was nominated for a Pulitzer Price in non-fiction that year. 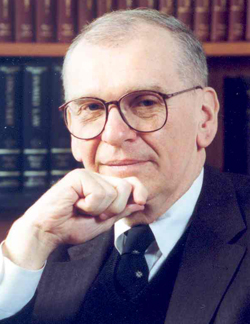 For additional information about our professors' areas of specialty, see his faculty page.
Share this:

For additional information about our professors' areas of specialty, see his faculty page.
Back to Top