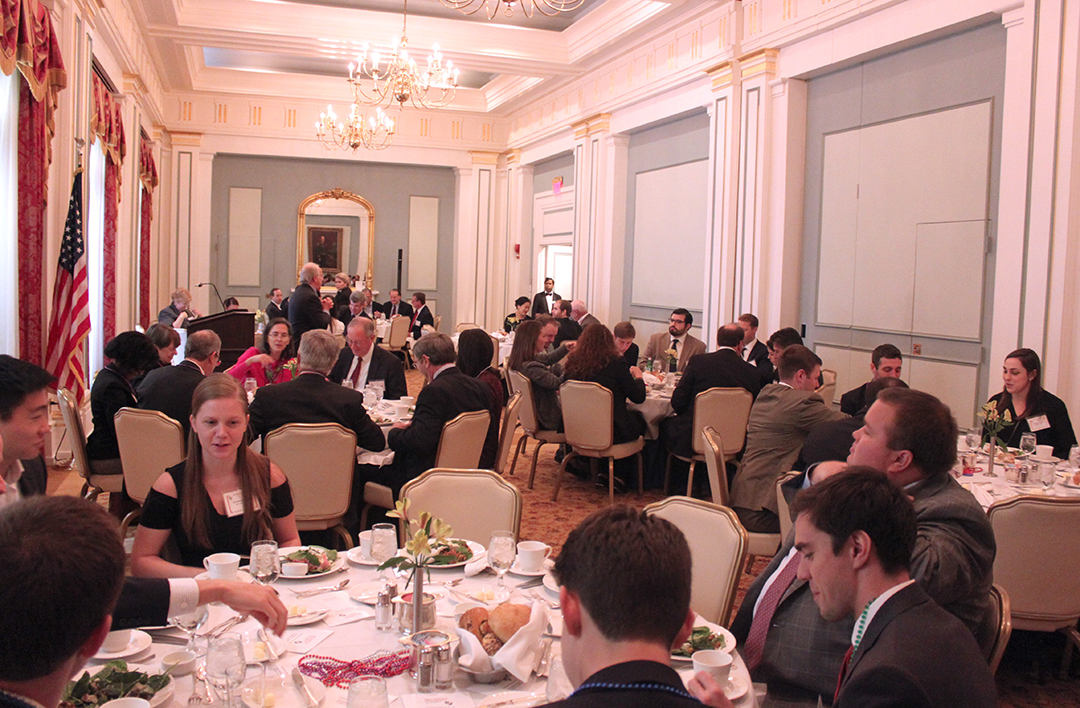 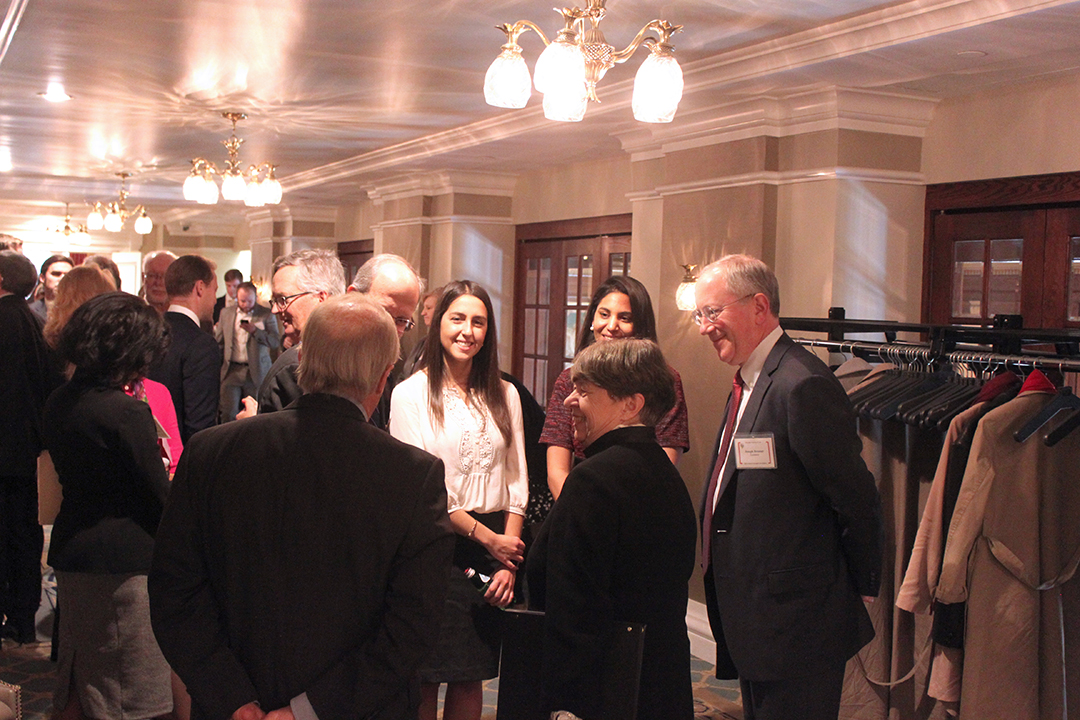 Close to sixty securities law graduates, a dozen current securities students, and several members of the securities adjunct faculty, along with Professor Lipton, Dean Jefferson and former SEC Chair, Mary Jo White, gathered together in the welcoming hall as old acquaintances renewed their friendships and new friends were made. 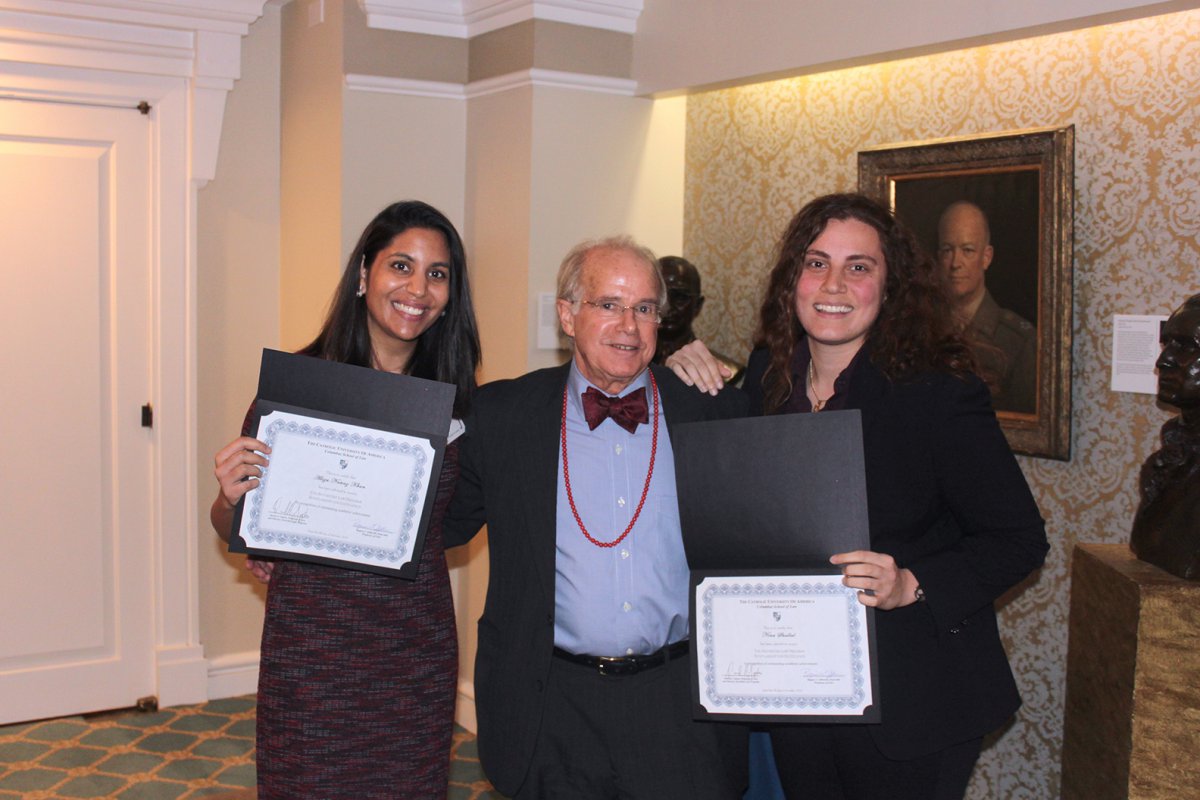 When in the ballroom, Professor Lipton, denoting the success of the Program's Alumni and of the Program current activities, donned his favorite link of "love beads" and invited attendees to wear the beads placed in front of them. Few hesitated. Lipton reviewed the accomplishments of the Program in the past year including: the placement of all 2018 certificate graduates, for the 11th year in a row, by midsummer; the Securities Moot Court team's rising to the semi-finals of the National Competition in New York City; the competitive selection of the new moot court team with members Jordenne McKay (2L), Kenny Walters (2L), and Gigi Giannini (3L); the awarding of Annual Securities Scholarships to Nina Shallal (3L) and Aliza Khan (3L); and the presentation of four lectures during the past year on major issues in Securities Law. 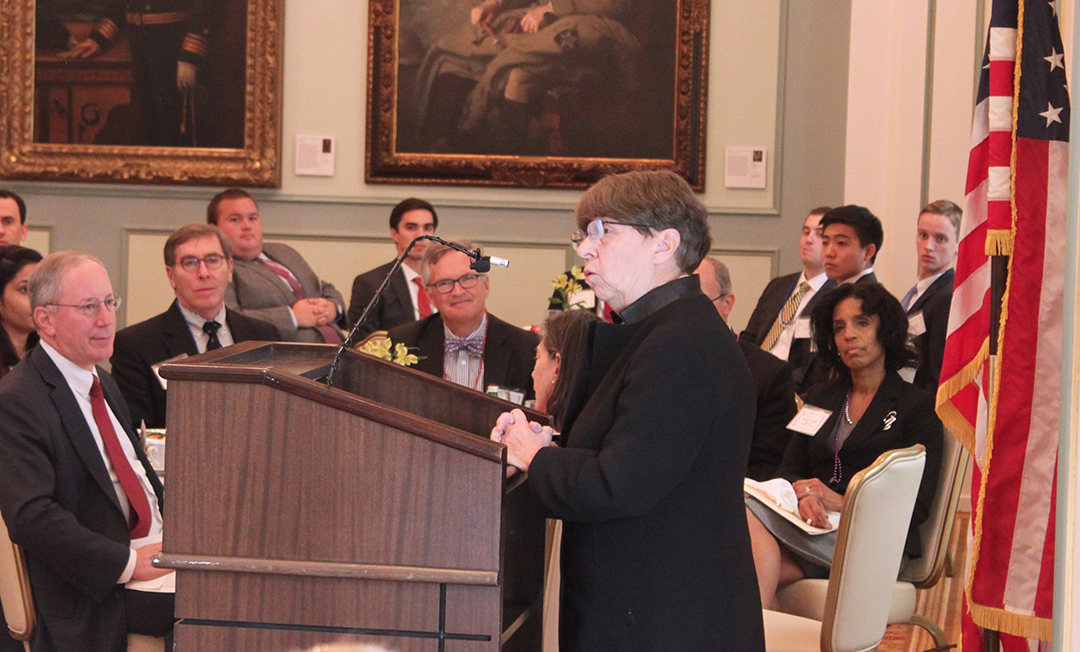 Former SEC Chair Mary Jo White's talk on "Enforcement and Market Regulation in a de-Regulatory Era" was compelling, even-handed and enlightening. Her thesis was that professional regulators, regardless of the administration under which they were appointed, demonstrate a commitment to preserving the integrity of the markets and insuring investor protection. The current head of the SEC is pursuing many of the same goals pursued by Chair Mary Jo Smith's administration such as cyber security, while engaging new concerns in the retail markets such as the proliferation of sales of bitcoins. While enforcement actions brought in the past two years might be down slightly, with the current freeze in hiring at the SEC, the staff numbers at the Commission are less in number than what they had been in the previous administration.

Professor Lipton introduced Dean Reginia Jefferson whom he referred to "as a breath of fresh air." Dean Jefferson shared with the audience the news of the increase in enrollment in the incoming class and in the total number of students, with a significant decline in students who once had transferred out at the end of their second year. The commitment of the faculty to the students and the approachability of the faculty is reflected in our increased enrollment which had declined in previous years. In an expression of support of the new dean, Professor Lipton asserted that Dean Jefferson, through her integrity and decency, has clearly promoted the mission of the School.

With applause and departing hugs, the thirty-fifth Annual Securities Alumni Luncheon came to a fulfilling and happy conclusion. 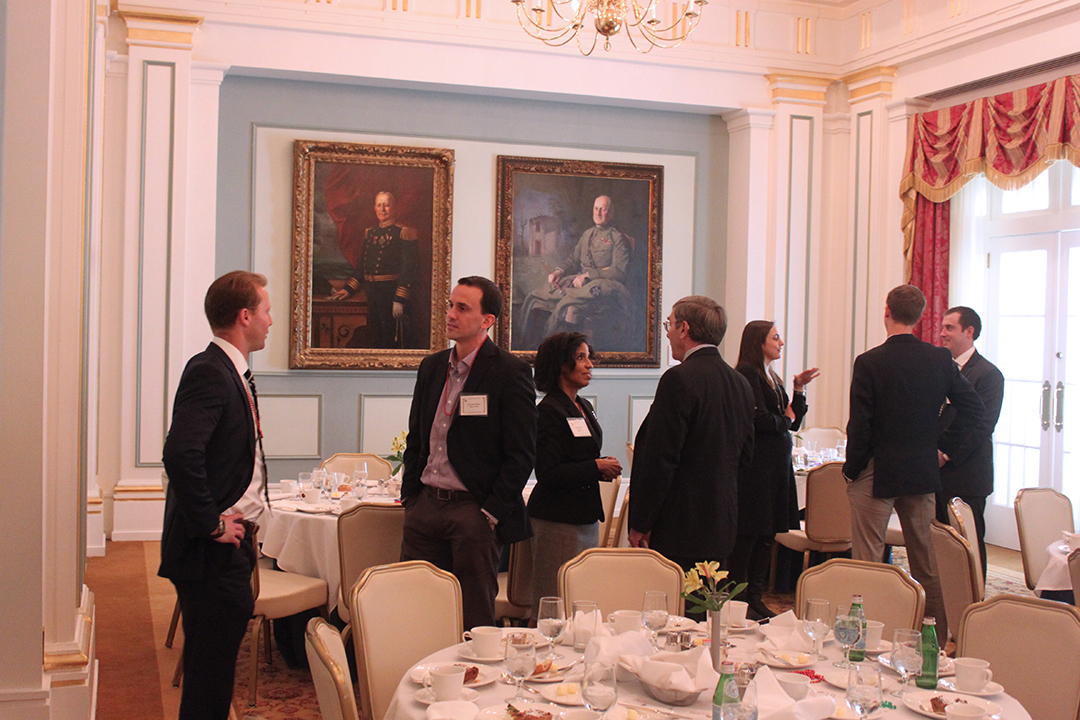 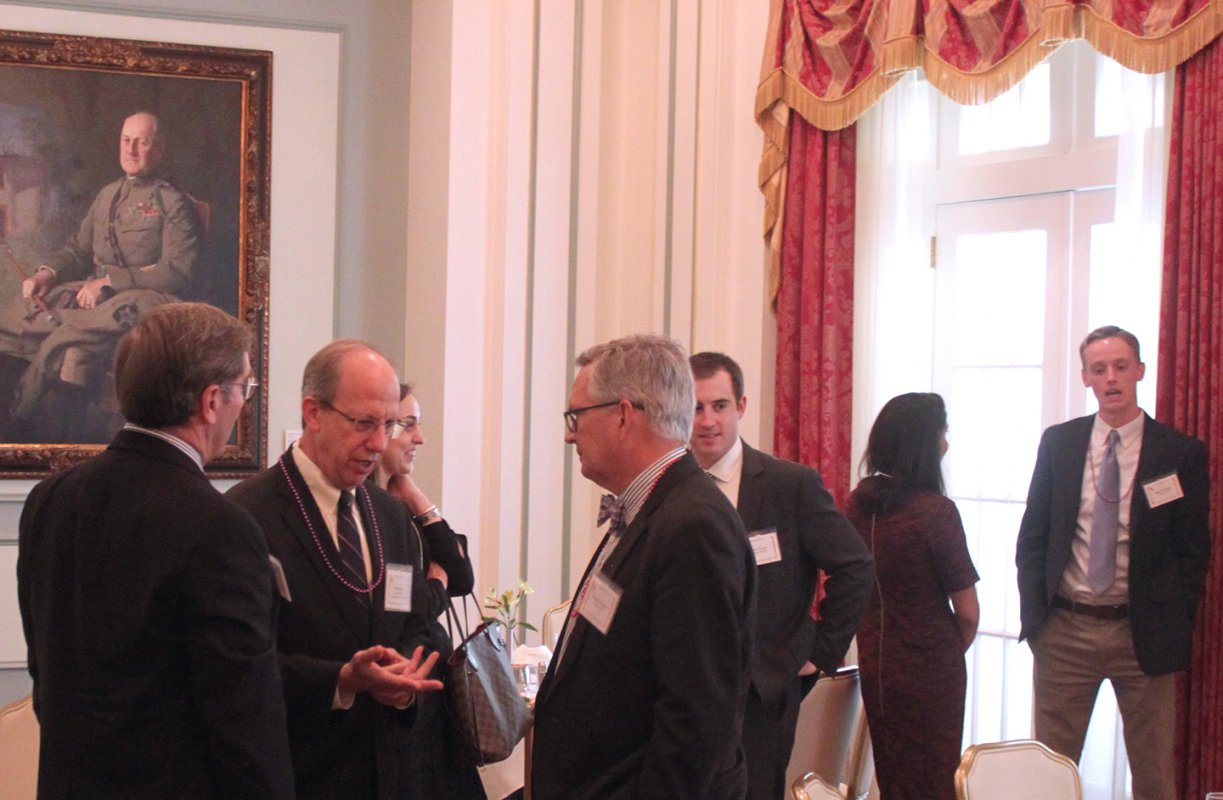