Anthony J. Dick Delivers Faith in Action talk on Virtue as a Driver of Success in the Law 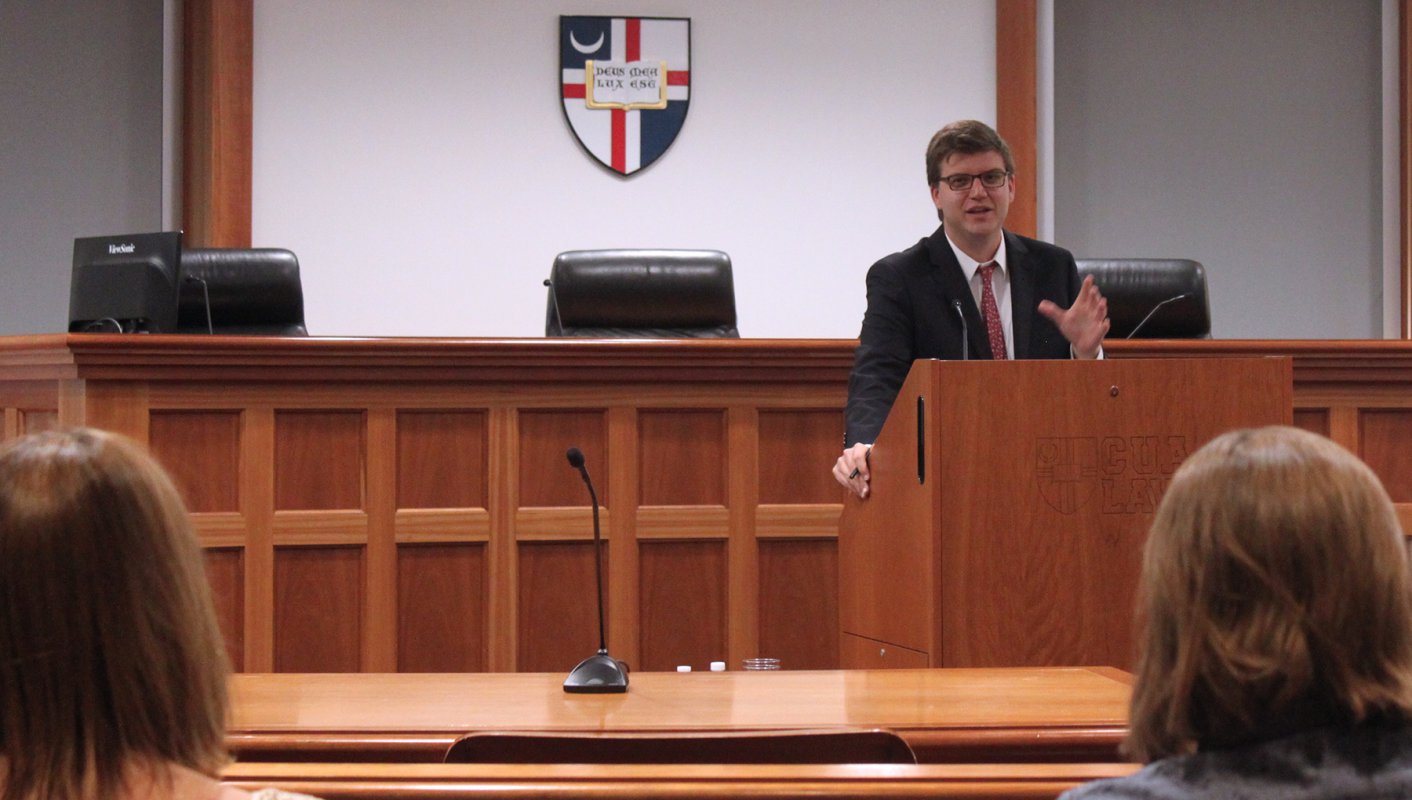 The Catholic University of America Columbus School of Law's second Faith In Action event of the semester featured Anthony J. Dick, Associate, Jones Day, who gave a talk entitled "Virtue as a Driver of Success in the Law."

During the October 16 event, Dick discussed how young lawyers are often presented with an image of conflict between ethics and success in their legal careers. Virtue is portrayed as a constraint on cut-throat tactics that can bring professional triumph, but, in fact, the opposite is true.

"Once you start practicing law ethical questions will confront you each day," Dick said.

Dick discussed how his experience as a clerk on the U.S. Supreme Court and the D.C. Circuit and now as an appellate lawyer, has taught him the practical value of virtue in the legal profession.

"There is a false conflict between doing well and doing good…Practically, lawyers will not likely get away with ethical violations, and your reputation will follow you within the legal community. It stunts your own development as a lawyer and as a good advocate," he said.

Dick emphasized that adhering to traditional values of honesty and fair play are essential to personal success.

"If you cut corners you will not gain the experience you to become a successful lawyer," he said.

Dick's practice focuses on constitutional, appellate, and complex civil litigation, with a particular focus on challenges to government regulation. He has successfully briefed several cases in the U.S. Supreme Court and has successfully argued cases in multiple U.S. Courts of Appeals, including the Sixth, Seventh, and Ninth Circuits.

Dick has worked on several high-profile First Amendment matters, including those involving free speech and Anti-SLAPP laws. His constitutional experience also includes representing the City of Detroit regarding the constitutional issues involved in reducing its public pension obligations in the largest municipal bankruptcy in history.