CUA Law Professor Marshall Breger met with the Iranian Foreign Minister Mohammad Javad Zarif on September 20, 2018. This was part of the Dialogue of Abrahamic Religions, a group that works to bring the Iranian and American people closer to each other.

The Dialogue of Abrahamic Religions

"The Abrahamic Dialogue consists of American religious leaders who have been meeting with Iranian religious leaders for over ten years, and has been organized by my law school colleagues Robert Destro, Ahmed Iravani and myself. It is dedicated to the view that religion has an important part to play in resolving problems in the middle east. Rowing "upstream" against political headwinds in both Iran and the U. S., we have shown that religion can be a positive source for resolution of political conflicts," Breger said. 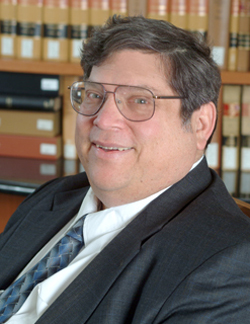