United Services Automobile Association first filed a lawsuit June 7 against Wells Fargo Bank NA, a unit of Wells Fargo & Co., alleging that the bank infringed on USAA's remote deposit capture patents. Depositing a check through a bank's mobile app has become commonplace, but if USAA wins the lawsuit, Wells Fargo could be on the hook for paying to use the technology.

In legal filings, Wells Fargo argued that "taking and processing check images using a digital camera or mobile device was well-understood, routine and conventional" prior to USAA's patents. The bank also said USAA's complaints are "barred, at least in part" by the fact that USAA licenses its mobile check deposit technology to some banks.

A Wells Fargo spokesperson said the bank can not comment on pending litigation, and a USAA spokesperson declined to say how many banks are licensed to use USAA's check scanning technology.

USAA undertook a similar legal battle with Mitek Systems in 2012 in which both companies alleged that the other infringed on their respective patents. That dispute ended in 2014 with neither side paying the other.

The lawsuit marks a shift in the banking world, La Belle said in an interview. Historically, banks relied on trade secrets to protect their innovations, and only in the past 10 to 20 years have banks turned more to patents, La Belle said. She called the USAA-Wells Fargo suit "really significant" because it is the first patent infringement action between competitors in the banking industry.

"This could be the beginning of a trend," La Belle said. "As financial innovators become more reliant on patents, we would expect more enforcement of patents through licensing and infringement suits." 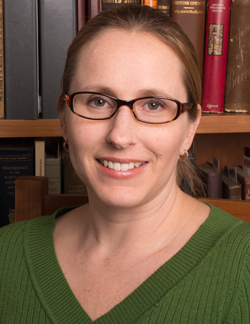