Capital Gazette shooting suspect seen as angry loner, obsessed with those who 'wronged' him

He left a years-long trail of harassment, threats and contemptuous behavior. There were dozens of warning signs that he might turn violent - including repeated threats of killing a journalist.

Although none of that was seemingly taken very seriously by authorities, Jarrod Ramos' words and online activity offer examples that in hindsight could have prompted a stronger response from his employers, police and the court system. Ramos is now charged with killing five people at a Maryland newspaper last week.

Supreme Court scrutiny has helped establish what a "true threat" entails, a carve-out from First Amendment-protected speech, said Sarah Duggin, a law professor at the Catholic University of America.

"The line for charging ordinarily is if there's a threat, was there intent to threaten on the part of the caller, not what a reasonable person would think," Duggin said. "The 'true threat' exception in Virginia vs. Black established there's no First Amendment protection for speech meant to communicate a serious expression of an intent to commit an act of unlawful violence." 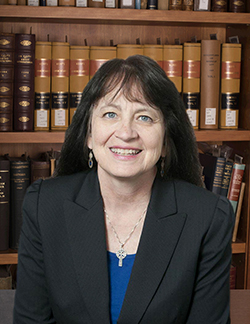