On Wednesday, February 21st, the Irish Ambassador to the United States, Daniel Mulhall, spoke at Columbus School of Law at the Catholic University of America. The event was hosted by the Irish American Law Students Association in partnership with the Irish Network DC (IN-DC) and Catholic University of America Program in Irish Studies. The event was organized as a conversation between CUA Law Dean Daniel F. Attridge and Ambassador Mulhall, with CUA Law Pro Bono Coordinator Aoife Delgary providing an introduction.

"Since 1887 the Catholic University of America has cultivated a unique relationship with Ireland and is dedicated to the study of its language heritage and culture," Delgary said.

Attridge posed questions such as: Did growing up in County Waterford and attending the University of College Cork have any influence on your decision to pursue a career in diplomacy? 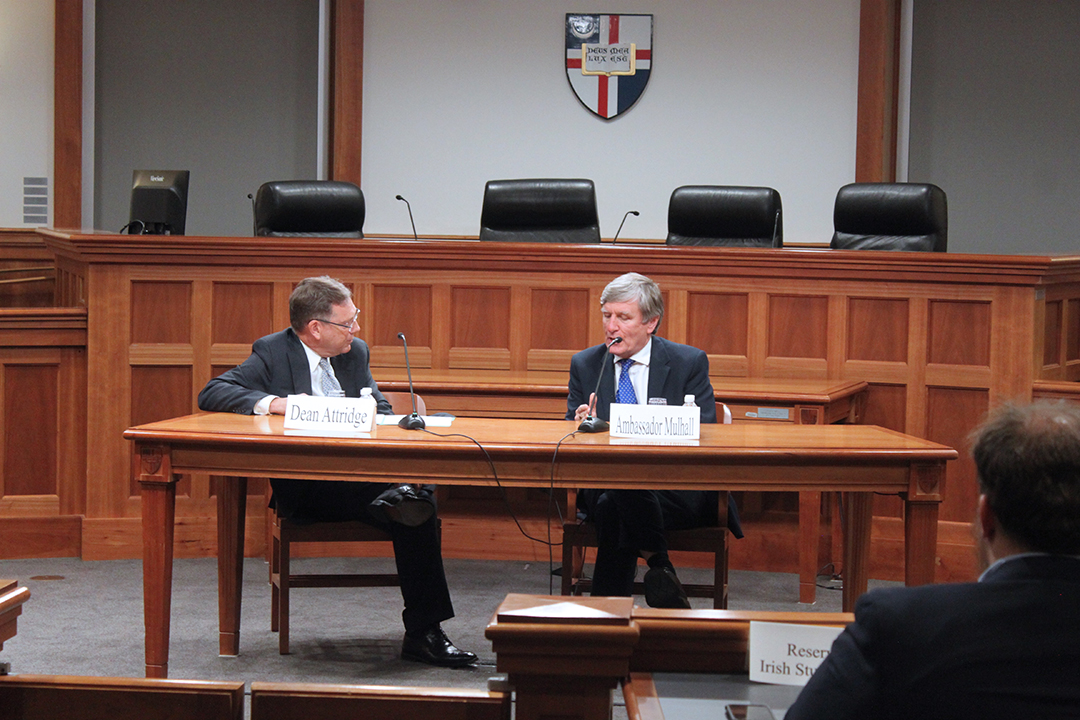 "I am part of a generation in Ireland that benefited from the educational revolution; my generation was the first to benefit from universal second level education… Studying history was very good training for diplomacy because it provided me with a 3-dimensional view of the world," Mulhall said.

Mulhall then discussed the peace that was created in Northern Ireland thanks to the Good Friday Agreement and how the agreement needs to be preserved and used to guide negotiations. Finally, Mulhall spoke about his experience in America and the amazing strength and diversity of the Irish American community.

Ambassador Mulhall is Ireland's 18th Ambassador to the United States. Before coming to Washington, he served as Ireland's Ambassador in London. He is an expert on the ramifications of Brexit. Previously, he served as Director-General for European Affairs for the Department of Foreign Affairs and Trade and as Press Counsellor for the Department as part of the Irish Government's delegation to the Good Friday Agreement in 1998. The Ambassador has also served in Germany, India, Austria, and Malaysia.

One major aspect of the political conflict that is plaguing Northern Ireland today is the debate of whether the Irish language should still be taught and implemented into Irish culture. The nationalist party believes that the language is a "litmus" test of culture. Mulhall, as an Irish speaker himself, is an advocate of the language and of students of the language here in the United States. After his presentation he addressed a group of four 102-level Irish students, wishing them much success in learning their language. 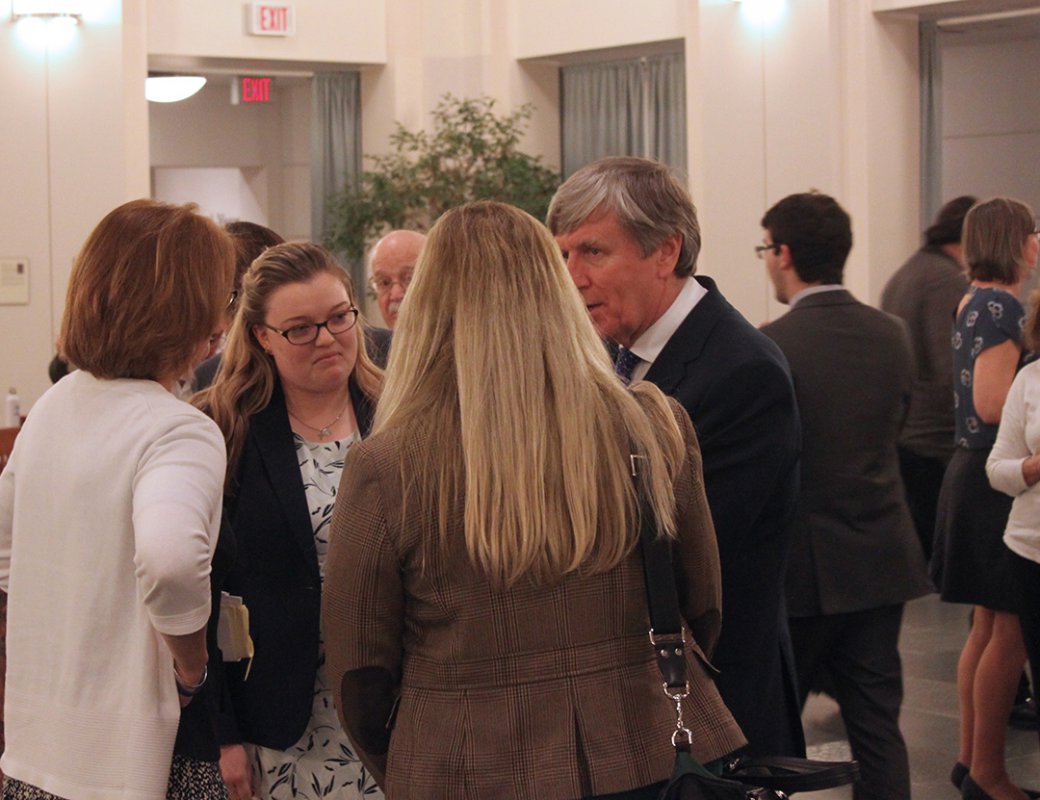 Since being in the United States, Mulhall spoke on how impressed he is with the diversity of American cities and how they are each independent and unique. He also commented on how within these cities there is a great strength in the Irish American community. He stated that no matter how long ago one's relatives came to America from Ireland, whether it be in the 1800s or more recently, all people of Irish descent have a strong connection to Ireland, both its history and culture.