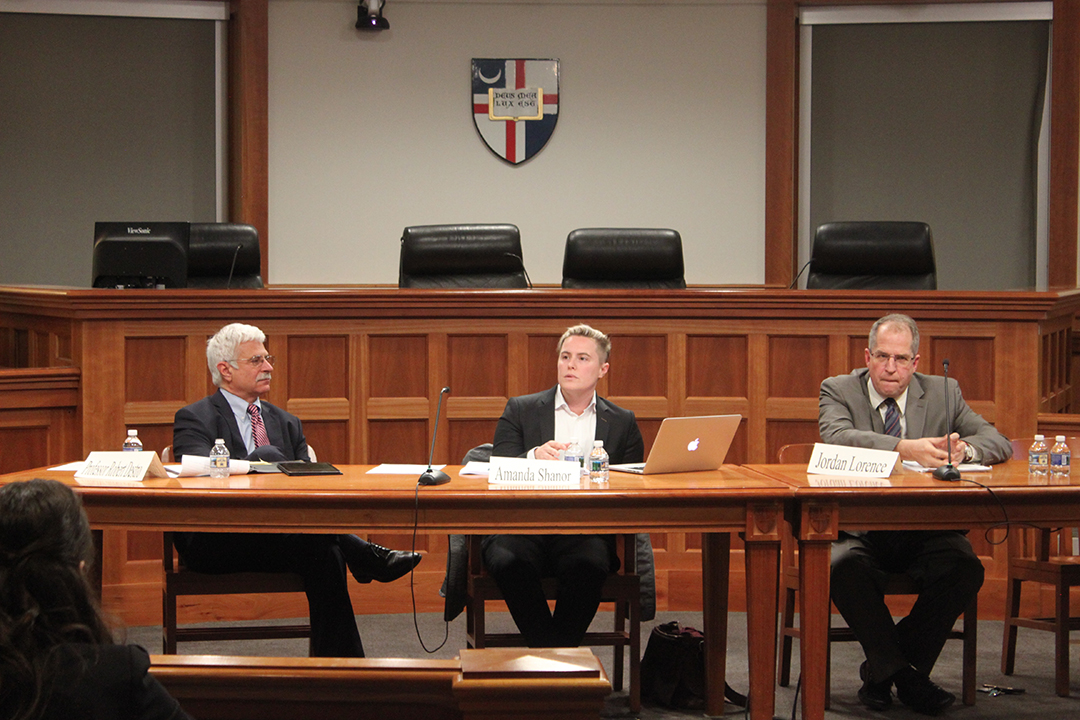 "The Federalist Society is a non-partisan group, and we are very committed to the idea of open dialogue. We believe in the idea of open and civil conversation with one another," Mansfield said.

The panelists discussed whether Jack Phillips, owner of the Masterpiece Cakeshop in Lakewood, Colorado, may decline requests to custom-design wedding cakes and other custom-designed baked goods whenever the message he would be asked to convey is in conflict with his religious beliefs. In their petition to the Supreme Court, Masterpiece Cakeshop and Phillips argue that Phillips is free to decline such requests because the custom-design elements of each of his wedding cakes makes his artwork an integral part of each couple's celebration. In his view, if he cannot be compelled to participate in the celebration itself, he should not be compelled to provide desired artwork either.

The Colorado Civil Rights Commission held that Phillips' refusal to design a wedding cake for a same-sex couple violated Colorado's Anti-Discrimination Act. Like the public accommodation laws of nearly every state in the Union, the Anti-Discrimination Act bars businesses that are open to the public from refusing service based on certain aspects of a person's identity, such as race, religion, national origin and disability. In Colorado, discrimination on the basis of sexual orientation is also forbidden. 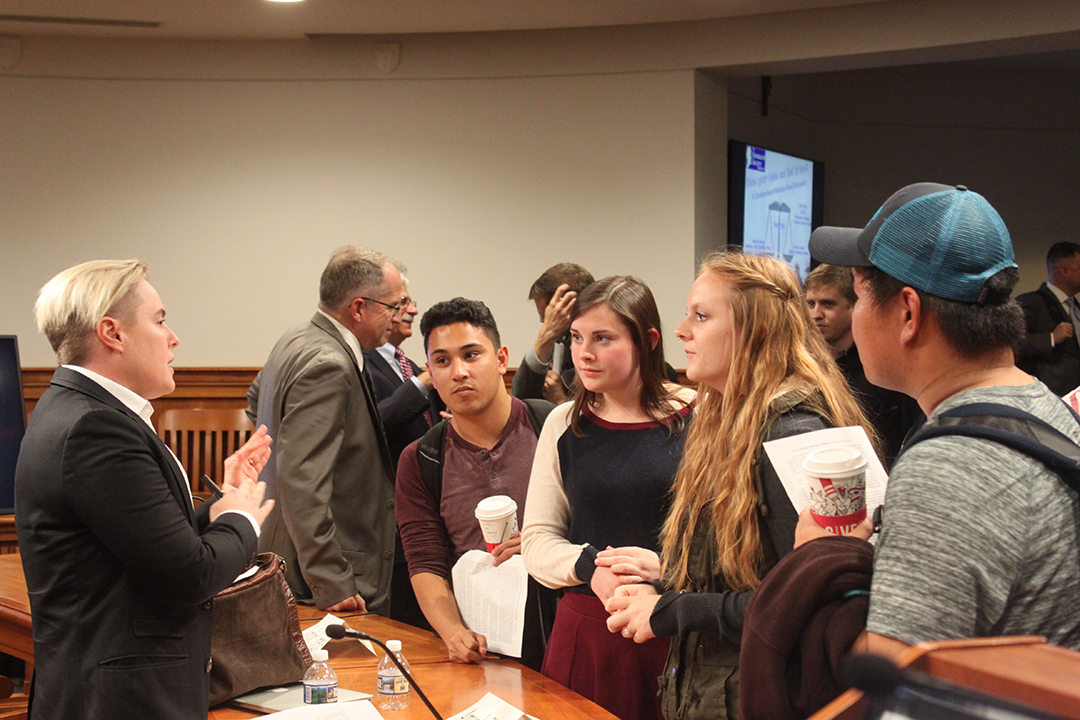 "Coordinating the Masterpiece Cakeshop debate began over a month ago and was a very involved experience for the entire Federalist Society executive board at CUA Law. Masterpiece is an incredibly important case that considers the rights of artists and what the government can legitimately compel. The debate between Lorence and Shanor profoundly demonstrated a lawyer's ethical duty to maintain civility and respect despite serious disagreements. We learned so much about the arguments of both sides and will eagerly anticipate Oral Arguments at the Supreme Court on December 5, 2017," Mansfield said.

Following the panel, students were invited to ask panelists questions and attend a reception in the Keelty Atrium for a chance to network and engage in further conversations.
Share this:
Back to Top