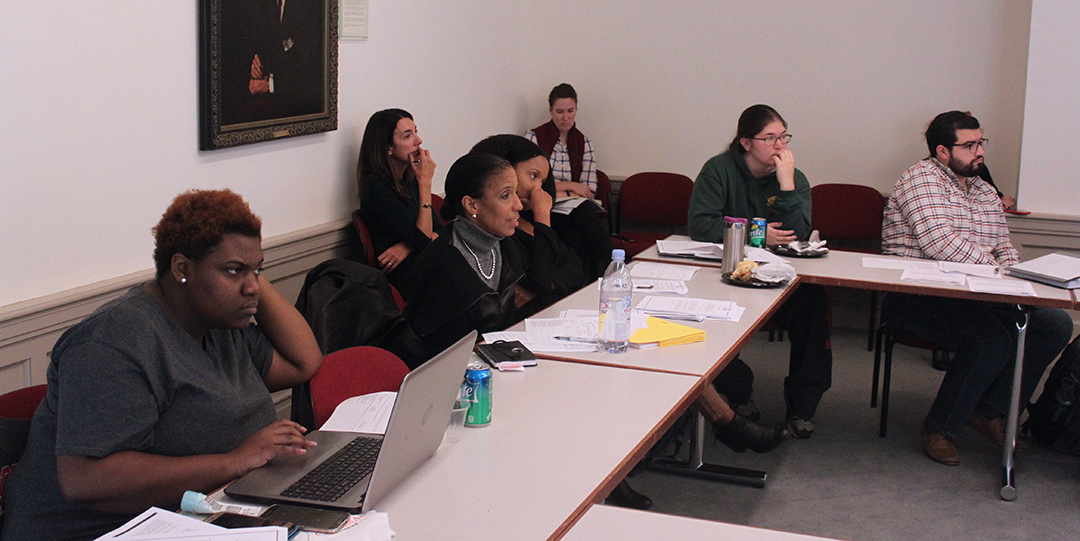 Hancock and Reid discussed topics ranging from the current state of play in tax reform, the difference between the current tax reform effort and the 2014 Camp tax reform framework, the drafting, amendment, and markup process, and the correlation between tax policy and the public interest.

The event was conducted in roundtable style, where students had the opportunity to actively participate in the conservation.

Harold Hancock served under three Ways and Means Committee chairs, including the current chairman, Rep. Kevin Brady (R-Texas), and Brady's predecessor, Speaker of the House Paul Ryan. He was responsible for devising key provisions in major legislation, including the Bipartisan Budget Act of 2015 and the Protecting Americans from Tax Hikes (PATH) Act of 2015. Now at McGuire Woods, Hancock is a strategic federal tax advisor to clients in a wide range of industries. He brings a unique, bipartisan perspective to several areas of tax law, including business deductions and credits, tax accounting, tax-exempt organizations, and estate and gift taxes.

Alexander Reid served as legislation counsel for the Joint Committee on Taxation of the US Congress, where he advised members of Congress and staff regarding tax policy. He also drafted legislation, hearing publications, and technical explanations of tax legislation. At Morgan Lewis,Reid advises tax-exempt organizations in planning, structuring, and transactional matters. He also represents taxpayers under audit, and helps organizations improve their governance and enhance their tax compliance. Alexander counsels taxpayers seeking administrative guidance from the Internal Revenue Service (IRS) and US Department of the Treasury, as well as on legislative matters with the US Congress. His tax-exempt clients include charities, foundations, colleges and universities, museums, and other nonprofit organizations.