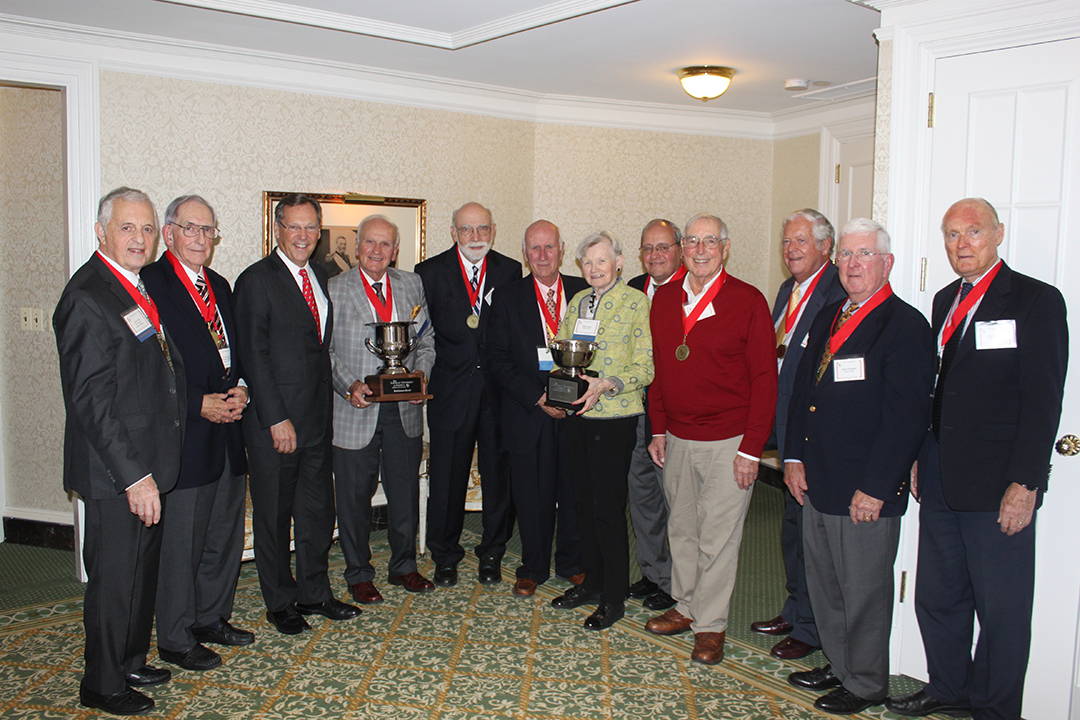 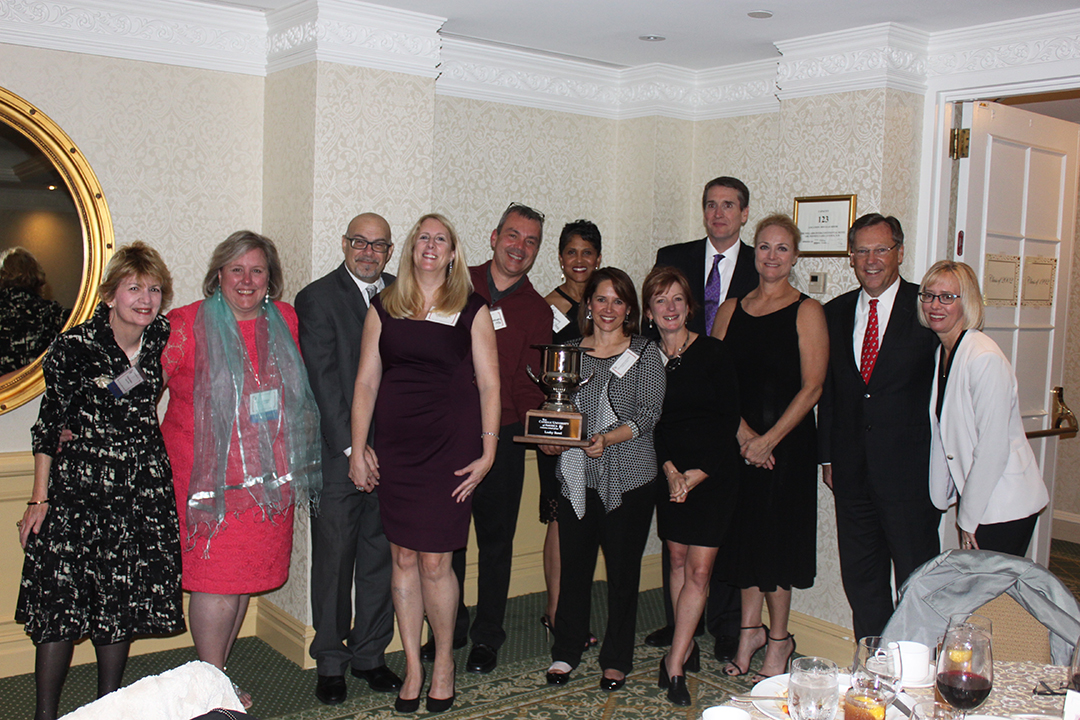 Arriving from all across the country, hundreds of CUA Law School graduates, friends, and family attended Reunion 2017, held October 27-28 at the Law School and other locations around Washington, D.C.

The busy weekend events help old friends and classmates reconnect, keep up with law school developments, and engage with new opportunities to support their law alma mater in the future.

"Reunions are a great opportunity for alumni to reconnect with each other and the CUA Law Community," noted Corley Raileanu, Executive Director of Development and Alumni Relations. "They also encourage alumni to reflect on their time at CUA Law and the role the CUA Law community has played in their lives."

The weekend kicked off with a Friday Alumni Reception with Dean Daniel F. Attridge at The Occidental Grill. The reception honored Reunion Class Committee members and donors to the 2017 reunion class gifts. 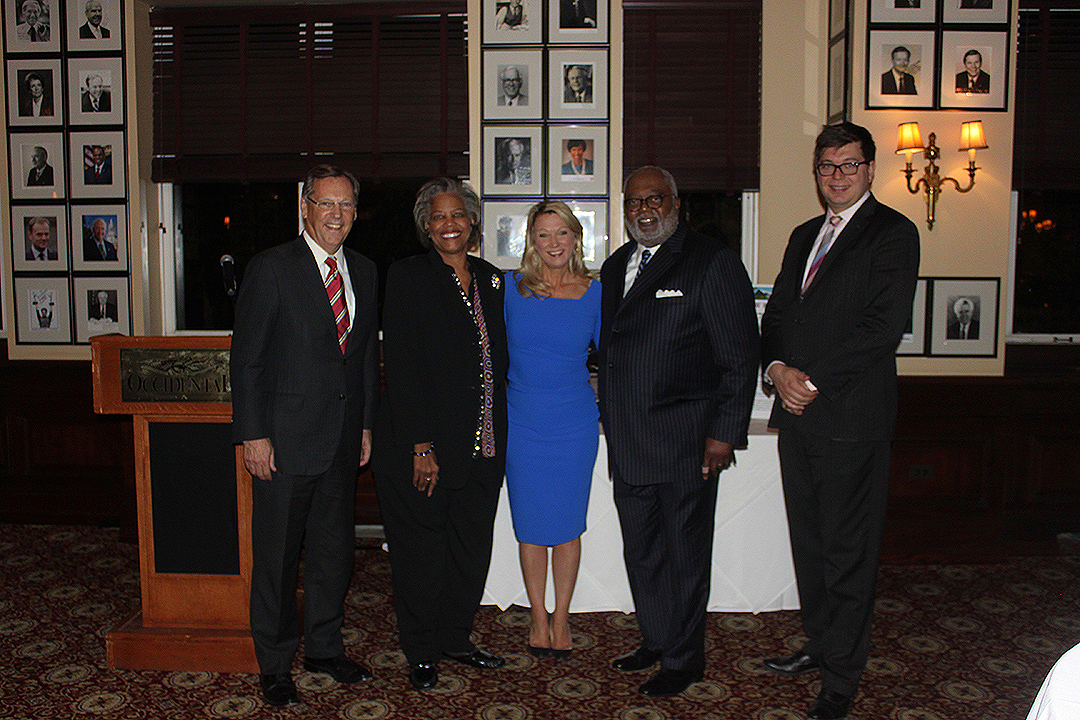 The Honorable William T. Newman Jr. '77 was presented with the Distinguished Alumni Service Award. Alice S. Fisher '92 and S. Jenell Trigg '97 were each presented with the Distinguished Alumni Award. These awards recognize individuals who have distinguished themselves through notable achievements in their professional and personal lives. Recipients of this prestigious award have translated their CUA Law experience into notable achievements in the public, business or professional realms and bring honor to CUA Law. This year the Law School also implemented the Distinguished Recent Alumni Award for alumni who have graduated in the last ten years. Michelle Curth '12 was this year's recipient.

Reunion guests also heard from Professor Roger Hartley who provided an examination of the political significance of the constitutional amendment process. 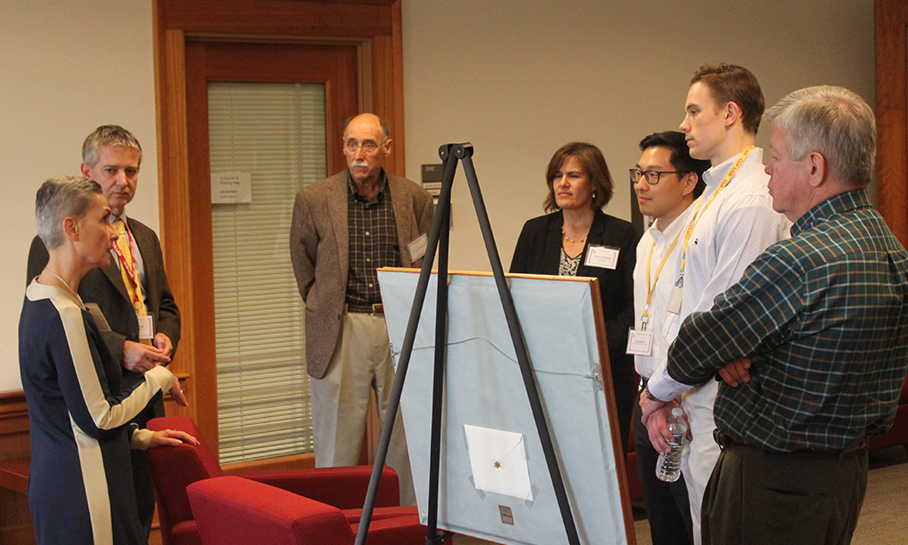 The Judge Kathryn J. DuFour Law Library celebrated Reunion by presenting a special exhibit with Christine Luchok Fallon '77, Reporter of Decisions of the Supreme Court of the United States. The exhibit featured documents, artifacts, and photographs highlighting this extraordinary relationship that CUA Law has developed with the Supreme Court. Following the exhibit, alumni and guests enjoyed a First Amendment Tour of the Newseum.

The afternoon gave rise to, a three-hour picnic on the Law School lawn. The cook out featured lawn games, and children's activities such as a moon bounce and face painting. Live music added to a relaxed and enjoyable afternoon. 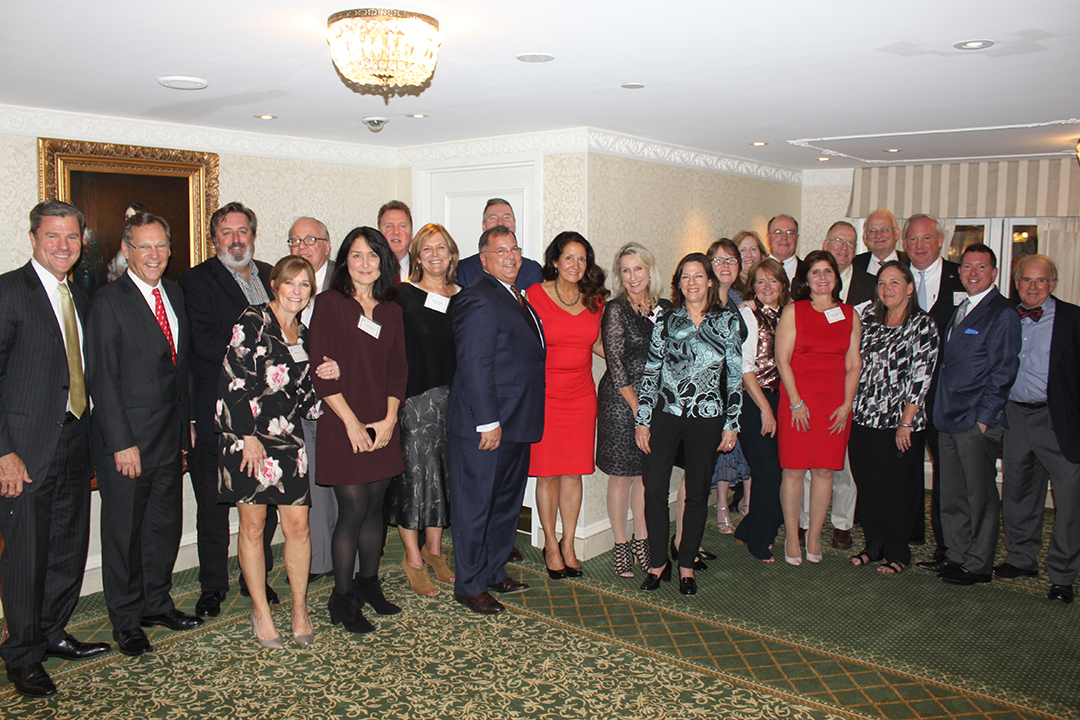 Saturday evening featured the class reunion parties held at two different locations. The parties were located at The Willard Hotel and the Crown Plaza Hamilton Hotel 14k Lounge. The Law School instituted cups and bowls to recognize the achievements of reunion classes. The Class of 1967 won the Robinson Bowl for the most money raised out of those celebrating 40th, 45th and 50th anniversaries. The Class of 1992 was awarded the Leahy Bowl for most money raised for a class not in the Robinson Society. The Class of 1977 won the Alumni Cup for the highest attendance registration, and the Class of 1967 won the Dean's Cup for the highest donation rate.

CUA Law alumni who graduated 40 or more years ago were inducted into the William Callyhan Robinson Society, with special recognition to the Class of 1967 and members of the CUA Law Columbus Society. Many current and emeritus CUA Law faculty joined alumni for the evening events.