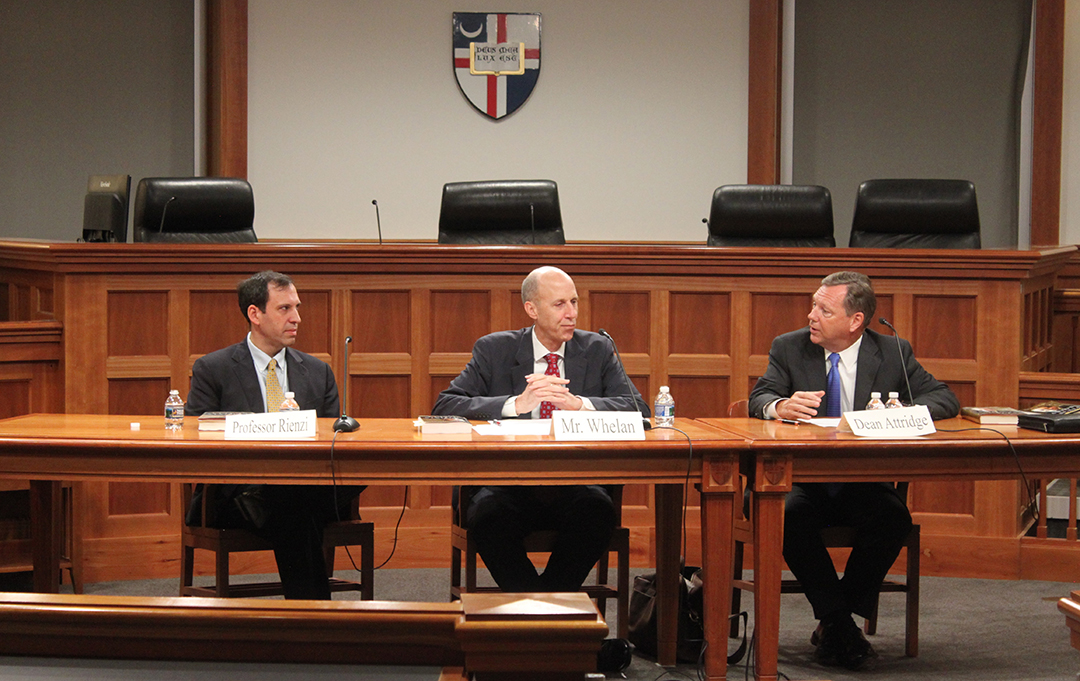 "You see in Justice Scalia's speeches his love for the The Catholic University of America. Justice Scalia believed the University had a special responsibility to stand strong and to be distinctively Catholic through faith, education, and moral formation."

These were some of the words spoken by Ed Whelan, co-editor of Scalia Speaks: Reflections on Law, Faith, and Life Well Live, during an Oct. 10 event co-sponsored by the Federalist Society and the Saint Pope John Paul II Guild of Catholic Lawyers.

Attridge posed questions such as: "Did the book give you any new insights into the Supreme Court's or the Justice's constitutional jurisprudence?"

"I was reminded of Justice Scalia's originalism. He gets to his theory of originalism in a profoundly democratic way. His argument for originalism is strongly driven by his idea that the will of the people matters," Rienzi said.

Attridge asked Whelan if he had experienced any big surprises or revelations when working on the book. "To me, the biggest surprise was the amount of speeches Scalia gave on non-legal topics. Whether it was on civic education or legal education or hunting wild turkeys, there are so many speeches in the book that flesh out Scalia in full. I think they present a comprehensive view of someone who had a coherent world view," Whelan said.

The discussions also covered the role and key characteristics of lawyers. "Lawyers in many ways do really set up the structure in which all the rest of life can function," Rienzi said.

"Compulsive precision. For lawyers describing a thing-any thing-precisely becomes a habit, a compulsion that tends to spread into all aspects of a lawyer's life. A second characteristic of our profession that must be observed is a certain worldly wisdom-or, if you wish to put it pejoratively, cynicism…We are so worldly-wise because we have seen so much of the world vicariously, through the innumerable cases we have read, covering the entire spectrum of human experience...The third and last characteristic of lawyers that needs mention is our obsession with process. As a matter of fact, process is what we are all about," Attridge read.

Before taking questions from the audience, Attridge asked one final question: "What do you think the biggest impact or lasting legacy of Justice Scalia will be?"

"So long as lawyers and law students are reading Supreme Court decisions, people will be drawn to Justice Scalia's opinions whether they agree with them or not. I think Justice Scalia was the defining figure on the Court for three decades. The battle over originalism and textualism is one that will continue," Whelan said. 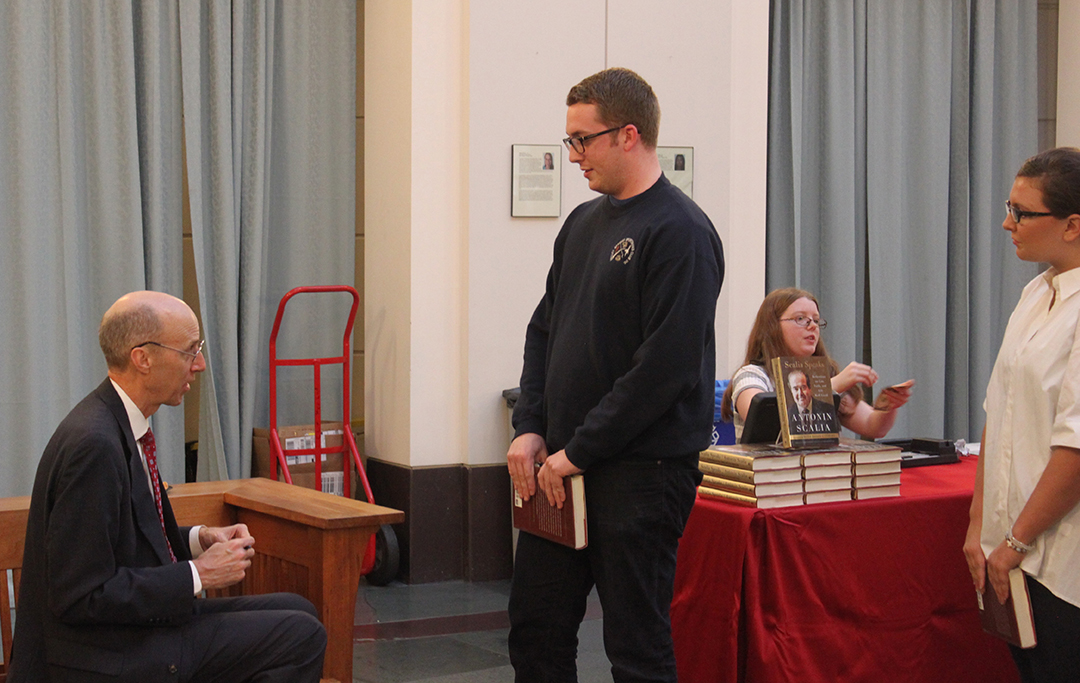 "The full breadth of Justice Scalia as a human being really comes out in the book. In reading Scalia's own words you can see his warmth and color," Rienzi ended.

After the conclusion of the lecture, students, alumni, faculty, staff, and guests were invited to a reception in the Keelty Atrium for a chance to speak with the speakers and also purchase their own copy of Scalia Speaks. Click here to view the talk on CUA Law's YouTube Channel.
Share this:
Back to Top