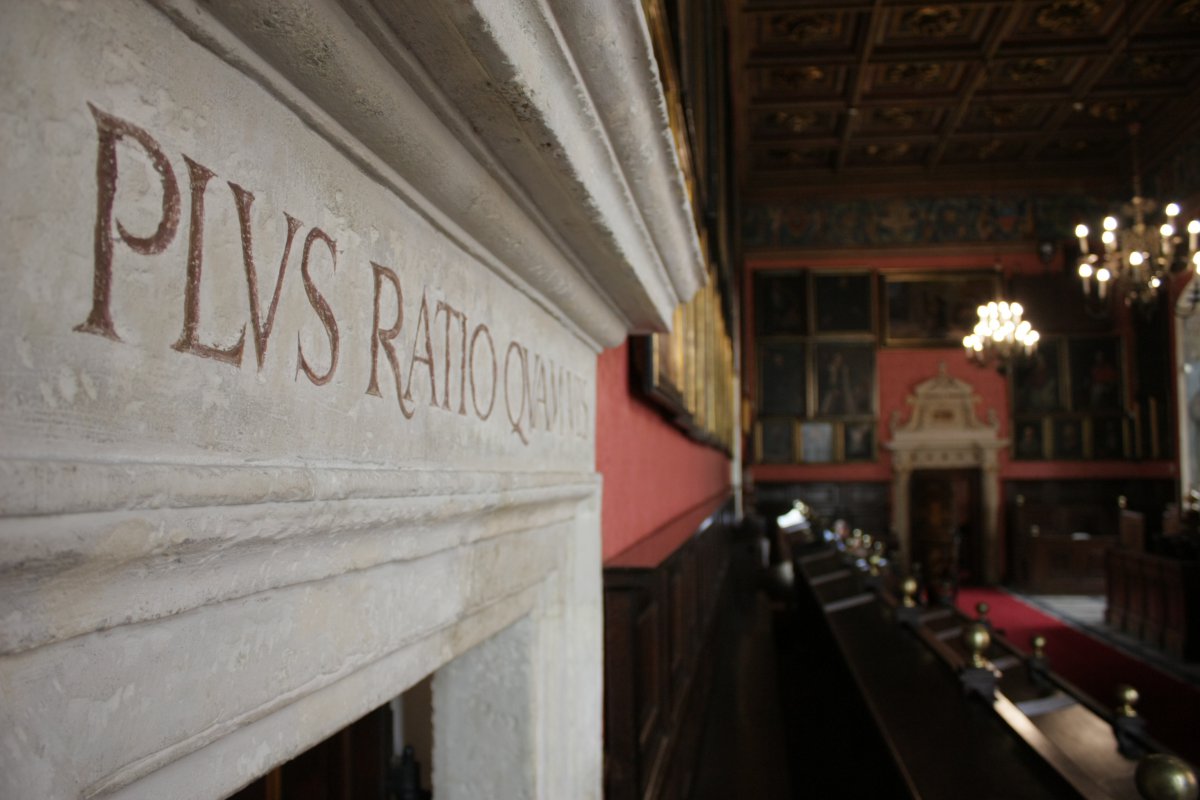 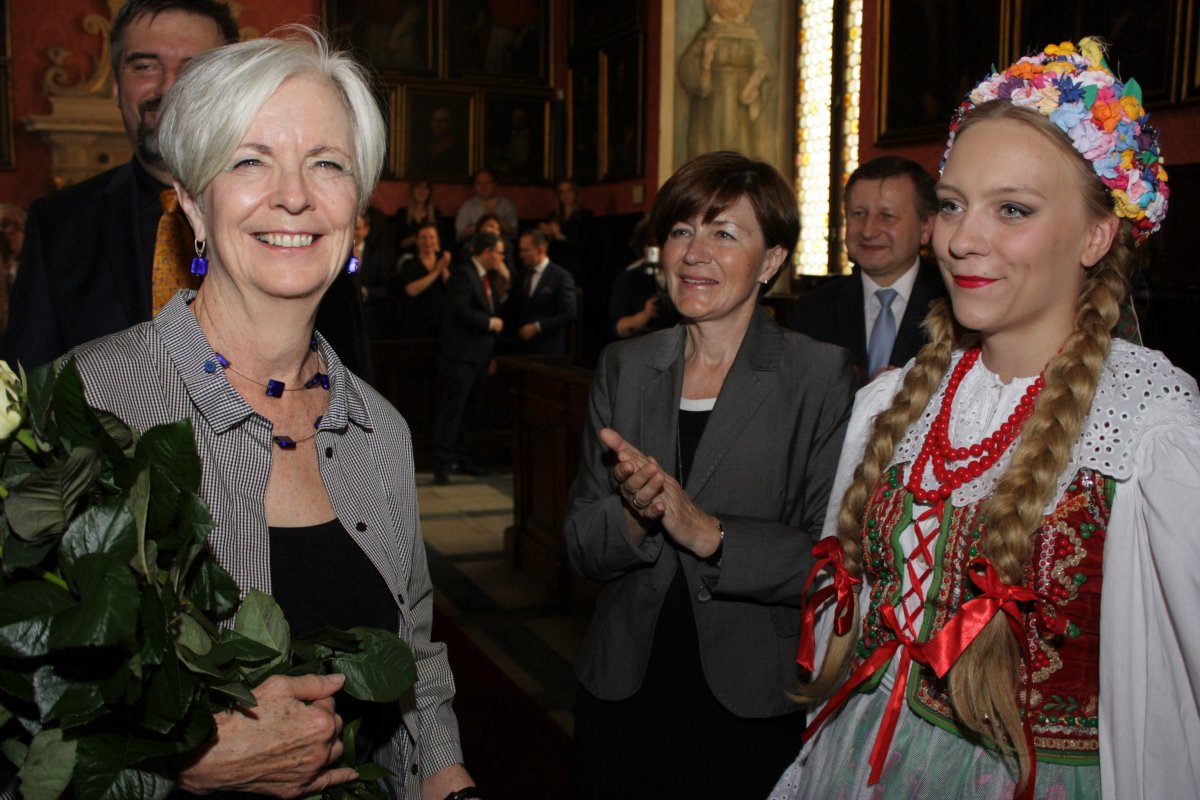 The ceremony was held in the Assembly Hall of Collegium Maius where the medal's title, Reason before Force, is inscribed over an entry portal. Collegium Maius is the oldest building of Jagiellonian University dating from the 14th century. The Plus ratio quam medal was first awarded to Pope John Paul II, an alumnus and honorary doctor of Jagiellonian University, in 1997 to commemorate the 600th anniversary of the University's revival by Queen Jadwiga and King Vladislaus Jagiello.

The ceremony included the granting of certificates to the 2016-17 graduates of the American Law Certificate Program, which Professor Wortham directs, as well as the opening of the International Business and Trade Law Summer Program (IBTSLP) founded by Professor Rett Ludwikowski.

Below are Wortham's remarks from the event:

"It is a tremendous honor to receive this medal, first awarded to Pope John Paul II in 1997 on the 600th anniversary of the University's revival. The medal's message, plus ratio quam vis, Reason before Force, appears on the portal leading to the Copernicus Room here in Collegium Maius.

That principle, Reason before Force, is ever more important in the world in which we live, and, of course, should be particularly important to those of us who have dedicated our lives to careers in law including the graduates of the American Law Program who will receive certificates today, those who today commence the International Business and Trade Summer Law Program, and a number of LL.M. alumni who are here.

I accept this award on behalf of the hundreds of faculty, staff, students, and graduates of four important programs on which Catholic and Jagiellonian Universities have cooperated for almost 30 years. Many of those people are here today, but there are hundreds more as well.

I first came to Krakow in 1997, the year this medal was first awarded, to teach in the International Business and Trade Summer Law Program founded by Professor Ludwikowski. This summer marks its 27th continuous year. Well more than 1,000 Polish and American students, as well as LL.M. students from more than 12 countries, have completed this program.

1997 also marked the opening of Jagiellonian's legal clinic-the first successful clinical program in existence in Central Europe. Poland's clinical programs, which are now in all the country's public law schools and several private ones as well, are models visited by people from around the globe.

Also in 1997, my Catholic University colleague Catherine Klein joined me here when our excellent Jagiellonian clinical partners were ready to launch the clinic's first year. A number of those original faculty are here today: Maria Szewczyk, Fryderyk Zoll, Dean Pisulinski, Professor Wrobel, Leszek Mitrus, and we remember the memory of the founder of the human rights section Dr. Halina Niec.

The American Law Program has just completed its 17th year with now more than 800 graduates.

The LL.M. program has almost 60 graduates who live and work in at least 12 countries on four continents-from Australia to Sweden to Namibia.

More than 50 Catholic University faculty and librarians have come to Krakow to teach in the summer or American Law Program-many in both and many multiple times. All Catholic University's law school deans since the summer program's founding in 1992 have been here as well, and most have taught.

I look around the room and remember the contribution of so many people here to one or more of these four programs. I wish there was time to describe and acknowledge each of their important work.

These four cooperative programs are in two vital forms of human endeavor: education and law. And, both education and law, of course, are dedicated to this medal's motto: Reason before Force."