John N. Sharifi, CUA Law Lecturer, has won a landmark decision in Maryland's highest court that has changed the common law of murder in that state. In the process, he has achieved the rare and arduous appellate feat of persuading a court to overrule established legal precedent in favor of a different rule of law.


In State of Maryland v. Tyshon Leteek Jones, Mr. Sharifi successfully argued in the Maryland Court of Appeals for the adoption of what is known as the "merger doctrine" in homicide cases. The merger doctrine is a substantial limitation on the application of the felony murder rule; it precludes the assaultive act that results in death from itself serving as the predicate felony. After extensive litigation that included supplemental briefing and two oral arguments, the decision was reached on February 24, 2017 in a 4-3 opinion. The Jones case has a major impact on Maryland homicide law and appellate procedure, and will require an alteration to the state's criminal pattern jury instructions. It is also an important decision in a much broader, scholarly dispute over the scope of the felony murder rule. 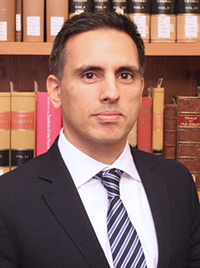 For additional information about our professors' areas of specialty, see his faculty page.

For additional information about our professors' areas of specialty, see his faculty page.