A Conversation with The Honorable Sri Srinivasan

"The most important action you can do to advance your professional life is simply to do great work. We tend to try to plan our professional progressions tactically and strategically, but there is no substitute for doing great work."

This was some of the advice The Honorable Sri Srinivasan gave to the students at The Catholic University of America Columbus School of Law (CUA Law) during the Brendan F. Brown Lecture Series on February 15.

Organized as a conversation between the dean and the judge, the discussion covered topics including the challenges of representing clients who others have demonized, the best courses to take in law school, advice regarding mentor relationships, and the importance of faith.

Judge Srinivasan discussed representing challenging clients, such as ExxonMobil for accusations of human rights abuses, while in private practice. "That is what we do as lawyers," he said. "You can go back to the early foundations of the country to realize that it is part of the fabric of the law. The system is predicated on the notion that everyone is entitled to fair representation."

Judge Srinivasan ended his conservation by discussing the principle of selfless service in Hinduism, "There is a fundamental aspect of the Hindu teaching that I am sure has had an affect on me," he said. "If you devote yourself to service without attachment to outcomes that is how you obtain fulfillment."

In 2016, Srinivasan was considered by President Obama as a potential nominee to the Supreme Court.

After the conclusion of the lecture, students, alumni, faculty, staff, and guests were invited to a reception in the Keelty Atrium for a chance to personally speak with Judge Srinivasan. 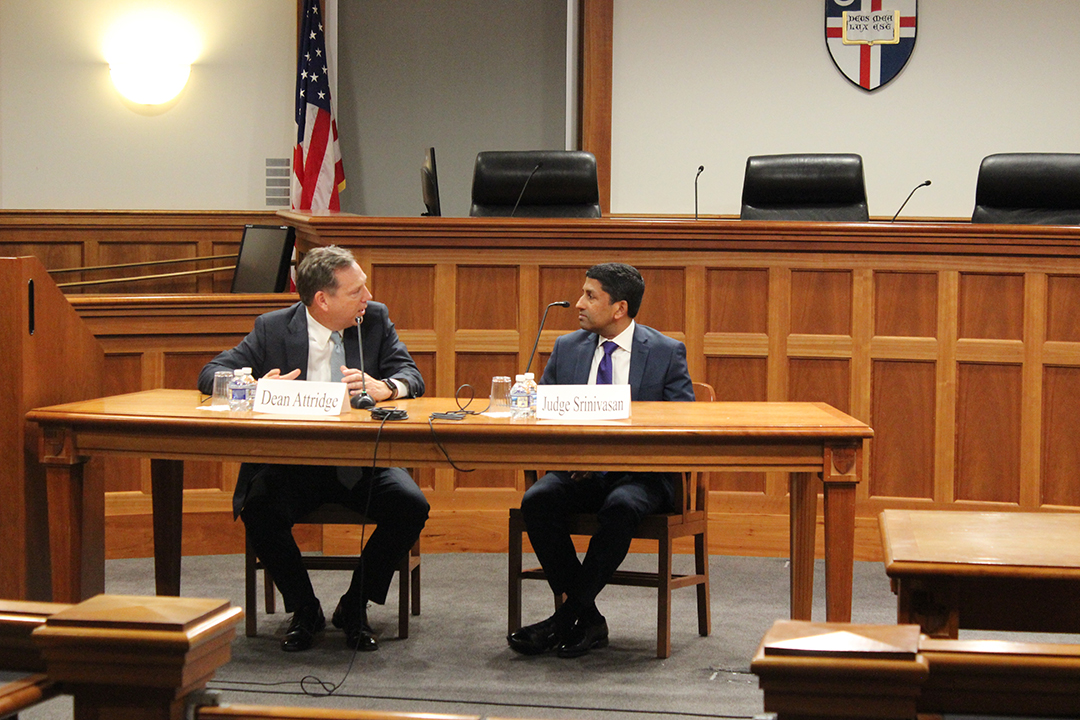 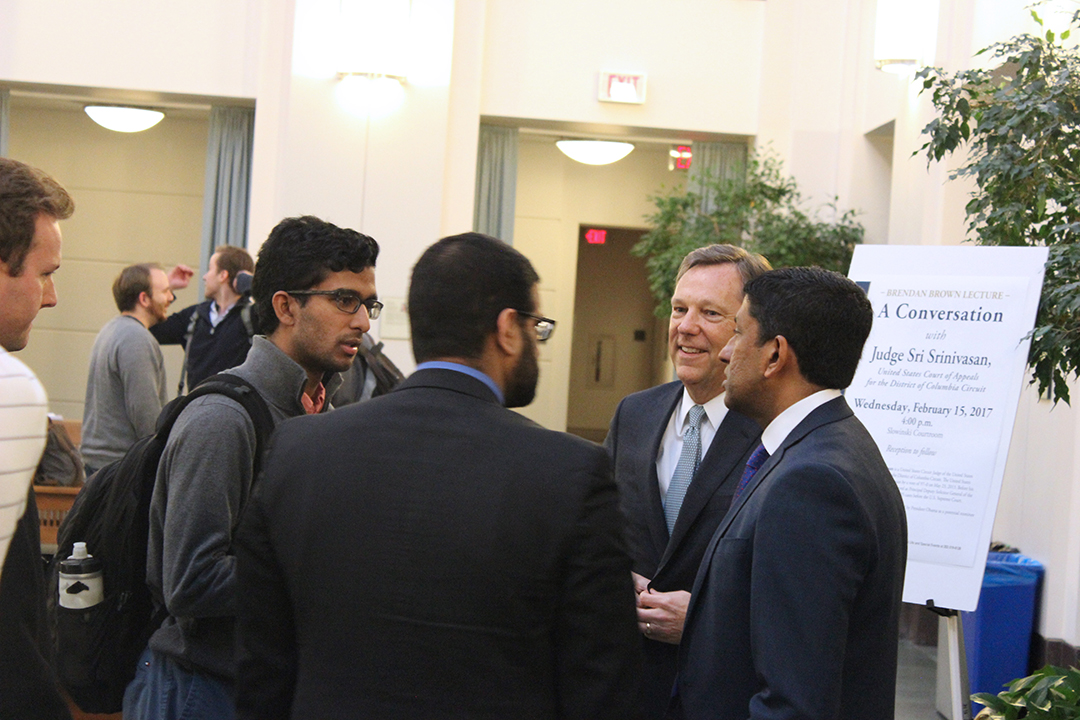 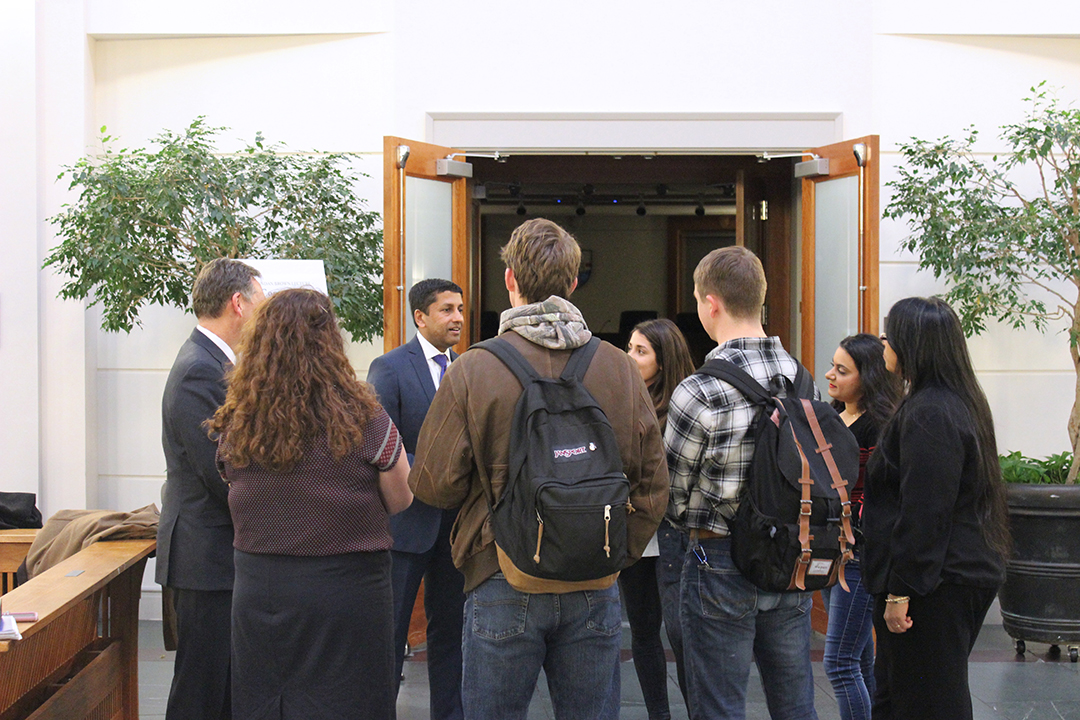 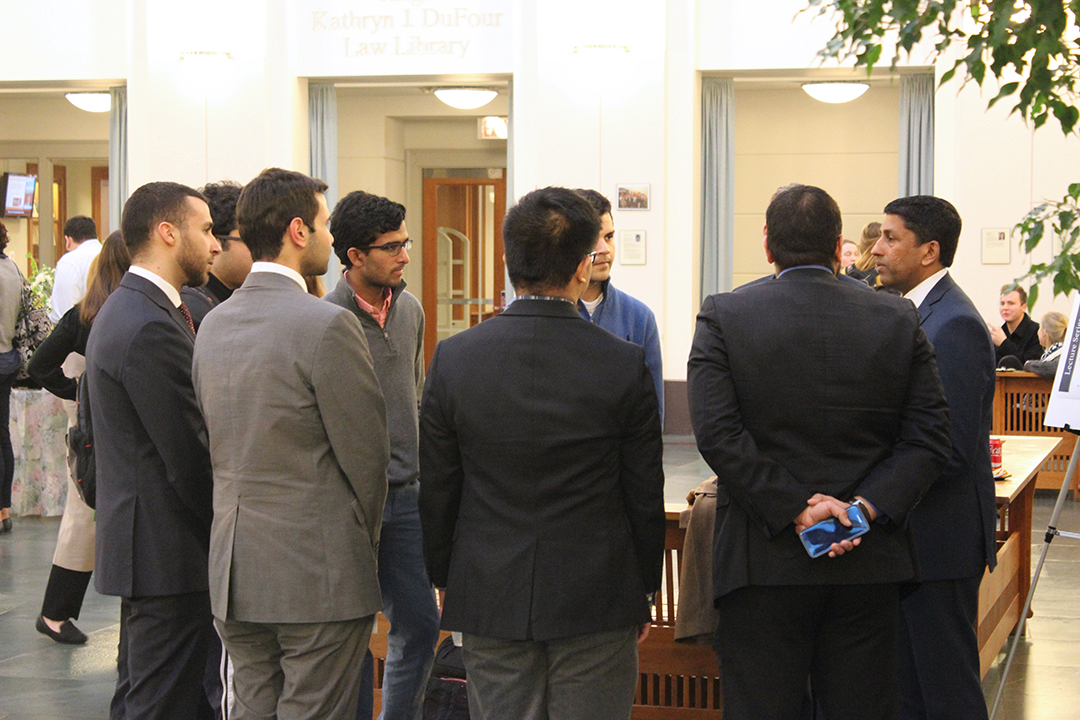