The Catholic University of America Columbus School of Law's first Faith In Action event of the semester featured The Honorable Patricia Millett, of the U.S. Court of Appeals for the D.C. Circuit, who gave a talk entitled "Go and Do Likewise: Lawyering as a Life of Service."

During the January 23 event, Millett discussed the extraordinary legal system in the United States, the great responsibility of being a lawyer, and the importance of remembering that lawyers work for the people they represent.

"The legal system, as we sometimes forget in law school and throughout our legal careers, is the third branch of government. It is a branch of the people's government and it belongs to them," Millett said. 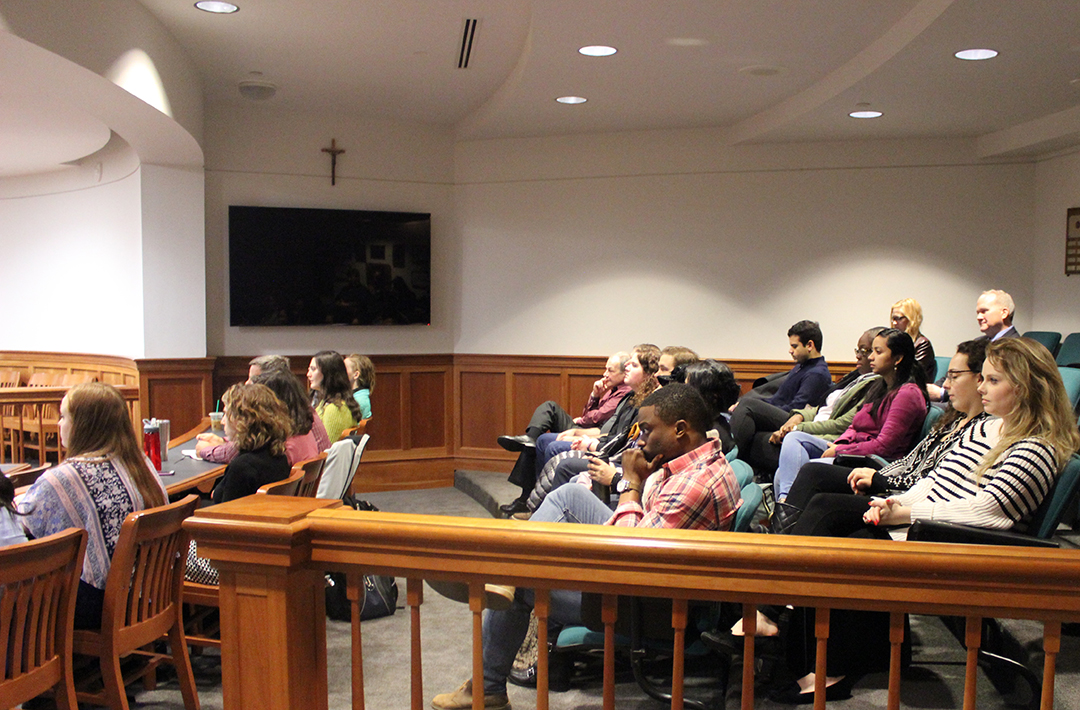 She also reminded students of the importance of service. "I would urge you to always do pro bono work. It is always hard to find time, but it will make you a richer human being. It will make you excited about law in ways that are easy to forget during the day to day of routine work."

After the talk concluded, students and faculty had the opportunity to ask questions and speak with Millett about her experiences.