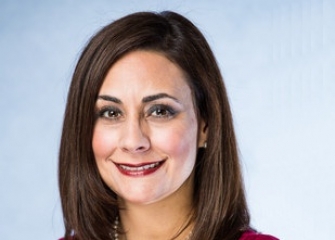 CUA Law alumna, Sarah K. Magruder Lyle '01, was recently named as the second president of the Common Ground Alliance (CGA). CGA is a stakeholder-run organization dedicated to protecting underground utility lines and the people who dig near them.

As president of CGA, Magruder Lyle will work to build partnerships among 1,700 CGA members across 16 stakeholder industries with one common goal of eliminating excavation-related damage to nearly 20 million combined miles of underground facilities nationwide. She will manage all CGA staff, serve as a resource to CGA's member-run committees and report directly to CGA's board of directors.

Magruder Lyle most recently served as vice president of strategic initiatives for the American Fuel & Petrochemical Manufacturers (AFPM), a Washington, D.C.-based trade association. At AFPM, Magruder Lyle was responsible for leading a team that executed strategies to educate consumers, key stakeholders and elected officials about the implications of national energy policy decisions on their communities.

Magruder Lyle earned a Bachelor of Arts in Business Administration from Transylvania University and earned a Juris Doctor from The Catholic University of America Columbus School of Law. She and her family reside in Alexandria, Va., just outside of Washington, D.C.