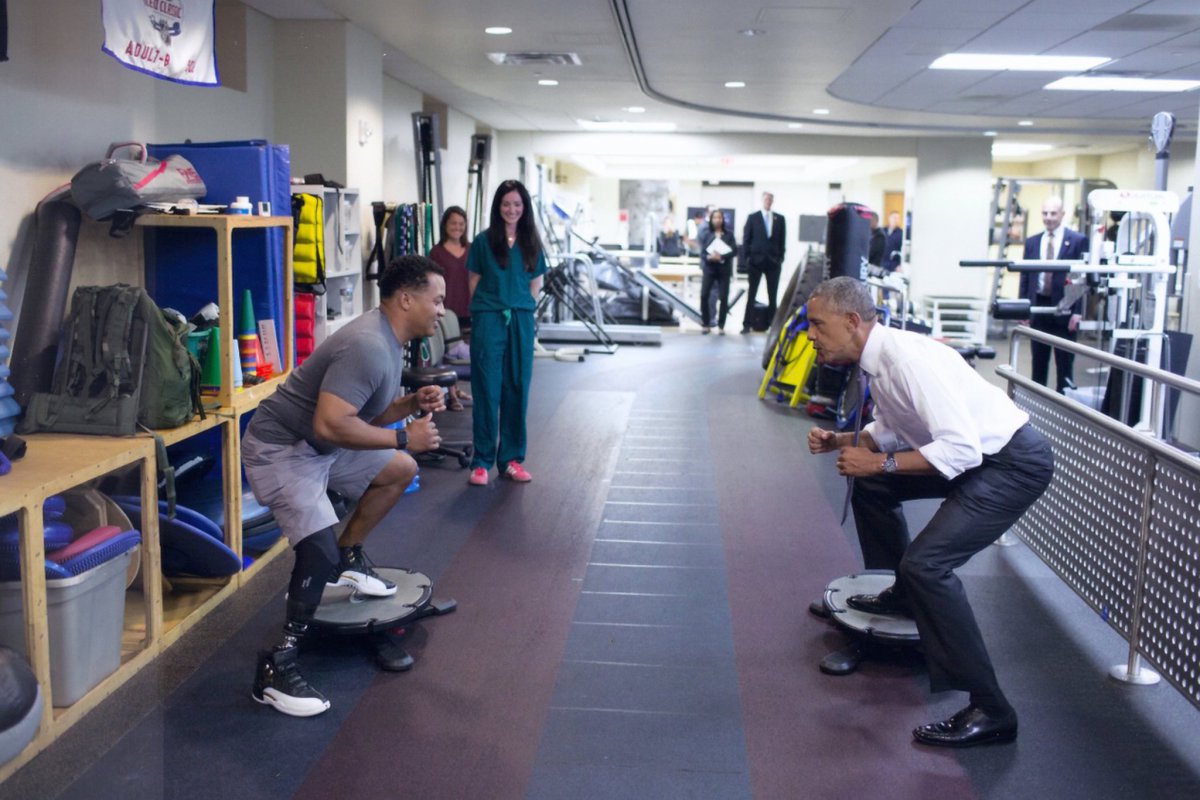 "In June, Mr. Obama visited the hospital's physical therapy room, where amputees learn to walk again. One double-amputee gave Mr. Obama a push-up challenge, and Mr. Obama promptly shed his suit jacket, dropped to the floor and reeled off more than 20. Still wearing dress shoes, he joined another in jumping onto a 30-inch box.

'"I can't even put into words how impressed I was,' said Lt. Cmdr. John Terry, known as Jae, an amputee whose photo of doing lunges with Mr. Obama is among his most treasured possessions. 'I will remember that day until I die.'"