On November 2, 2016, students, alumni, and interested members of the legal community had the chance to hear from one of the top leaders in the communications field and gain specialized information from a group of panelists. The Law and Technology Institute (LTI) and the LTI Alumni Association co-hosted a program entitled "Protecting Consumer Privacy and Promoting Innovation in the Internet Era," in the Skowinski Courtroom. Professors Megan La Belle and Elizabeth Winston, who serve as Co-Directors of LTI, offered an introduction.
The audience heard opening remarks from Michael O'Rielly, Commissioner of the United States Federal Communications Commission (FCC). Commissioner O'Rielly spoke about the FCC's recently-adopted Broadband Consumer Privacy Rules, which will limit what internet service providers can do with consumer data and alter the nature of online advertising. Commissioner O'Rielly also discussed his background, career path, and current position at the FCC. He offered sound advice to students in the audience, and noted that many CUA Law graduates "play key roles at the Commission and are integrated and involved in the formation of communications policy."

The panel, moderated by Patrick Halley '10 of Wilkinson, Barker, Knauer LLP, continued the discussion of the FCC's new regulations that Commissioner O'Rielly began. Panelists included: Michelle Rosenthal of T-Mobile, Professor Paul Ohm of Georgetown University Law Center, Neil Chilson of the Federal Trade Commission (FTC), Claire Gartland '14 of Electronic Privacy Information Center, and Julie Kearney '98 of the Consumer Technology Association. The discussion was lively with panelists debating a number of topics including the different approaches the FCC and FTC take to regulating privacy, how the FCC's new rules will protect consumers, and the impact the rules will have on advertising.

Following the event, students were invited to a reception where they were able to network with the speakers and alumni in attendance. Click here to view the Program on our Youtube channel. 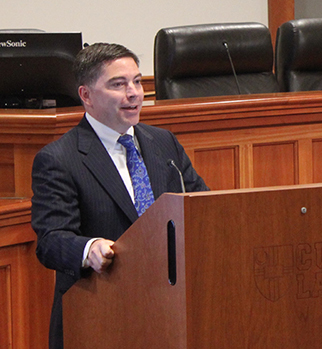 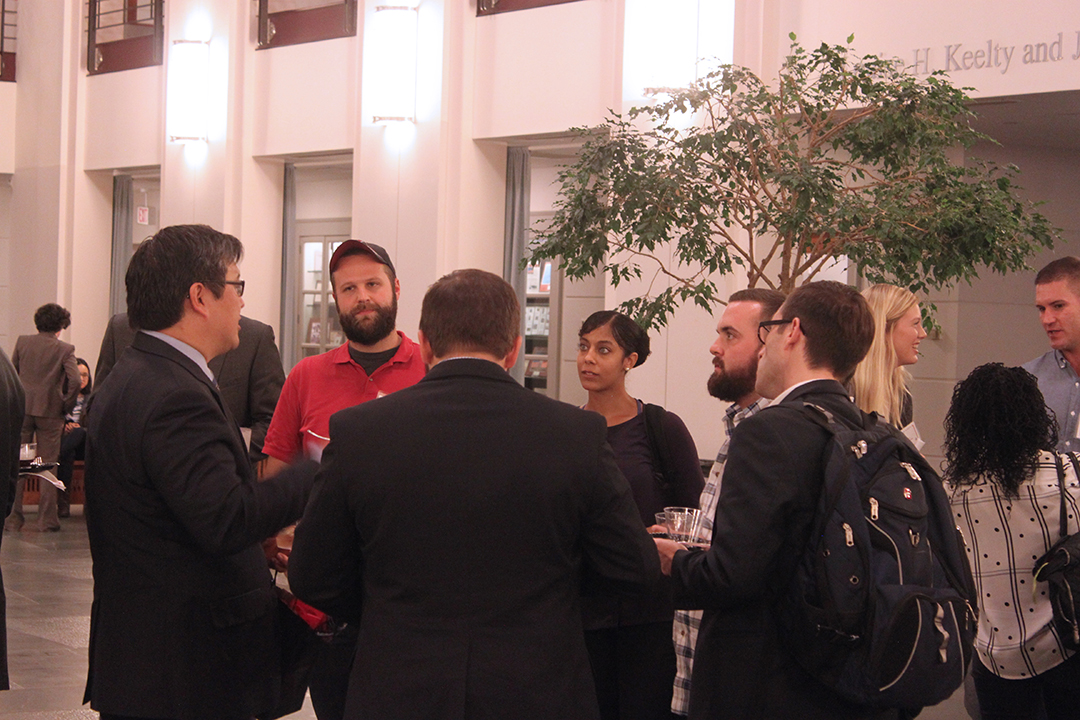 On November 4, 2016, Broadcasting and Cable ran a story about O'Rielly's visit to CUA Law:

"...In a speech at a Catholic University Columbus School of Law Technology Institute panel, O'Rielly pointed out that since edge providers can continue to collect and share web users' information without getting their permission first, the new FCC restrictions are ultimately 'absurd.'"