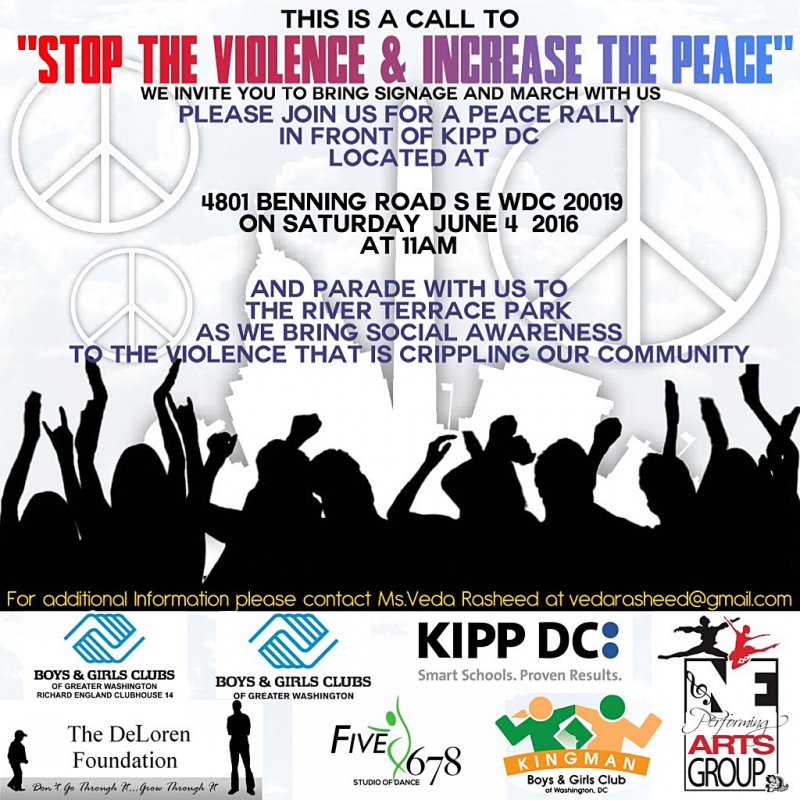 CUA Law students have a long tradition of being dedicated to positive social change. CUA Law Student Veda Rasheed (3E) is no exception. On June 4, Rasheed organized an anti-violence march that cut through a stretch of Washington, D.C., that has been plagued by violence.

Parents, grandparents, and children from various boys and girls clubs, organizers of summer youth programs, and mothers who have lost their children to gunfire attended the march. Children held banners reading "peace," and some wore T-shirts honoring victims. From Benning Ridge in Southeast to River Terrace in Northeast they chanted "Stop the violence, increase the peace."

Rasheed, the single mother of two boys, ages 8 and 11, organized the march because she is concerned about the safety of her family and the increasing violence near her children's Ward 7 school. Homicides in the area have dramatically increased from seven in 2015 to 22 so far in 2016.

"Usually, when people are successful, they leave the neighborhood," Rasheed told the Washington Post, but after she graduates from CUA Law she plans to stay in Benning Ridge.