Debbie Chu (2L) delivered the third and final Student Scholars Series lecture of the 2015-16 academic year on March 30th. Chu's scholarship, "The Future of the Compulsory License in Copyright Law: Tick Tock and It's Time to Eliminate It," discussed how the compulsory license in U.S. Copyright Law is required to make and distribute recordings of a song, such as Quietdrive's cover of Cyndi Lauper's iconic song "Time After Time." She explained the compulsory license allows recording artists to record their own version of a song as long as they pay a statutory royalty and comply with other statutory provisions in Section 115 of the Copyright Act.

Chu argued that the compulsory license is no longer appropriate for our digital age. Congress initially implemented the license in the early twentieth century to address concerns of a potential monopoly in the music industry. "The license was created solely for the purpose of a potential monopoly, but in today's world there is no monopoly," she said. "The Recording Industry Association of America (RIAA) represents over 1,600 member labels as opposed to only one dominate label in 1901."

Chu proposed that while the copyright license has been amended to include digital transmissions and ringtones, it is time to eliminate the license altogether and replace it with free-market licensing. "My recommendation is to phase out the compulsory license over a period of time," she said. 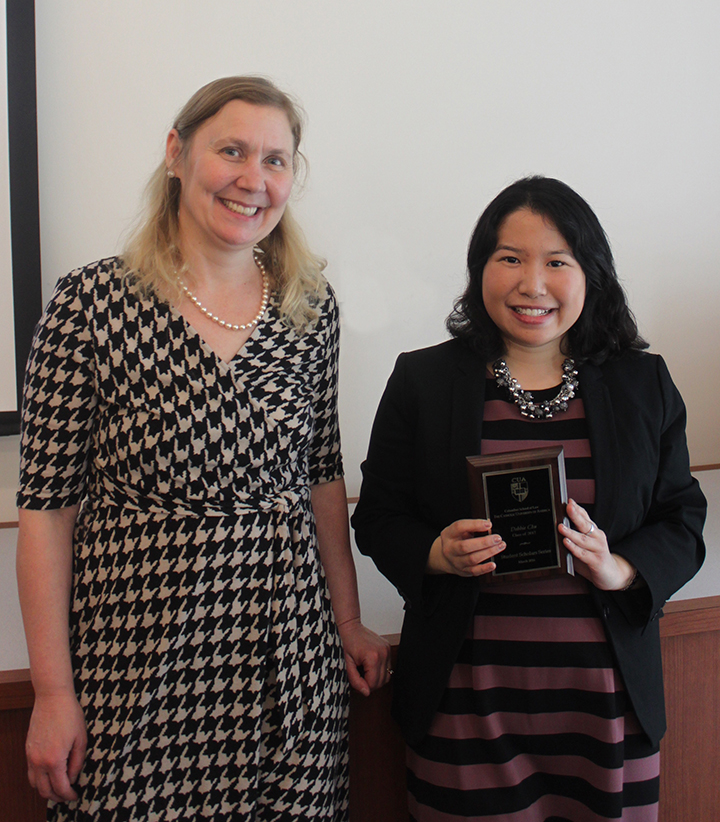 CUA Law Associate Professor, Susanna Fischer, served as the respondent for Chu's lecture. "Our basic statute comes from the 1970s, when digital technology was not something that was used for musical distribution," Fischer said. After the lecture, Chu took questions from the audience, and students had the opportunity to engage in conversations with faculty and guests.