O'Conor argued that Internet programming should be incorporated in legislation, however, outdated video programming regulations should not be applied to the nascent internet. "Our understanding of the Internet has grown exponentially and a statutory and regulatory structure should reflect that understanding," she said.

O'Conor proposed that Congress take steps, along with the Federal Communications Commission, to write a new regulation to define the Internet's affect on the way the public receives programming. The Commission's proposal comes on the heels of two cases, Sky Angel U.S., LLC and American Broadcasting. "The Internet is a whole new industry and it should be treated as such…the only option left is for a Congressional movement to address the Internet and recognize the difference between MVPD and the online service options," she said. 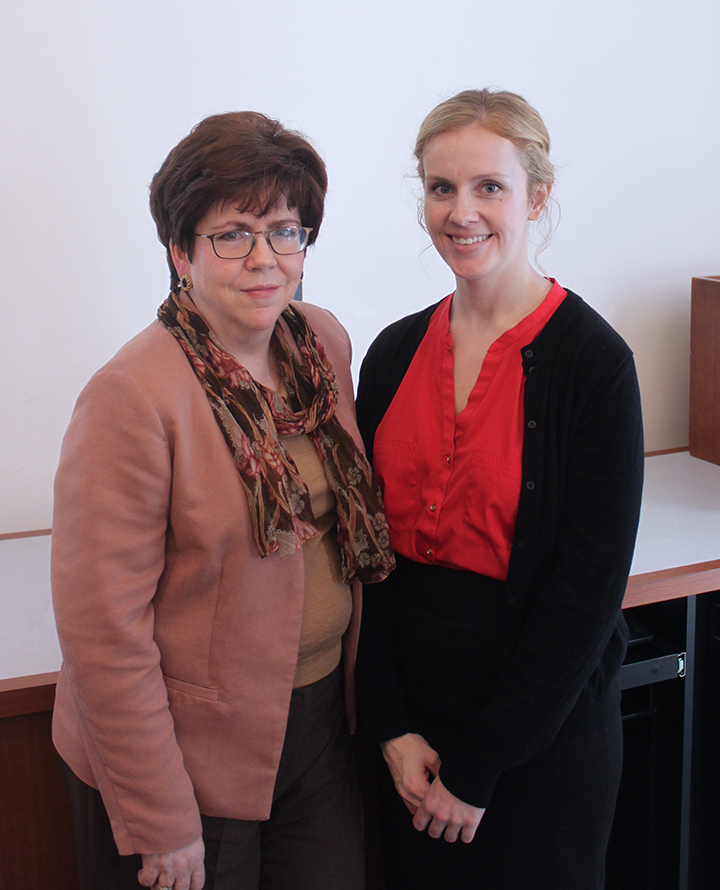 Current partner at Wilkinson Barker Knauer, LLP and adjunct professor at CUA Law, Rosemary Harold, served as the respondent for O'Conor's lecture. After the lecture, O'Conor took questions from the audience, and students had the opportunity to engage in conversations with faculty and guests.

(From L to R) Rosemary Harold and Molly O'Connor