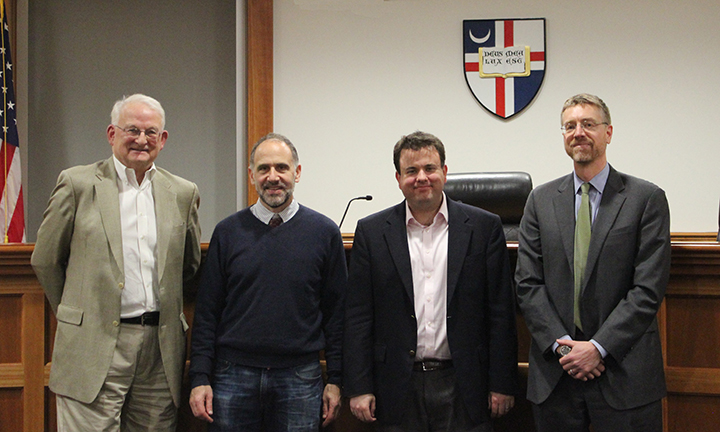 On February 22, students gathered in the Slowinski Court Room at the Columbus School of Law to attend a panel entitled "The Minimum Wage Debate," which discussed the minimum wage from the perspective of law and public policy.

The event, presented by the Law and Public Policy Program and co-sponsored by the Democratic Law Students Association and the Republican Lawyers Association, is part of a lecture series designed to expose students to public policy issues. It was also an opportunity for students to gain practical networking skills by meeting with current leaders in the field.

After the conclusion of the event, panelists took questions from the audience, and students were invited to a reception in the Keelty Atrium for a chance to have informal conversations with the panelists. 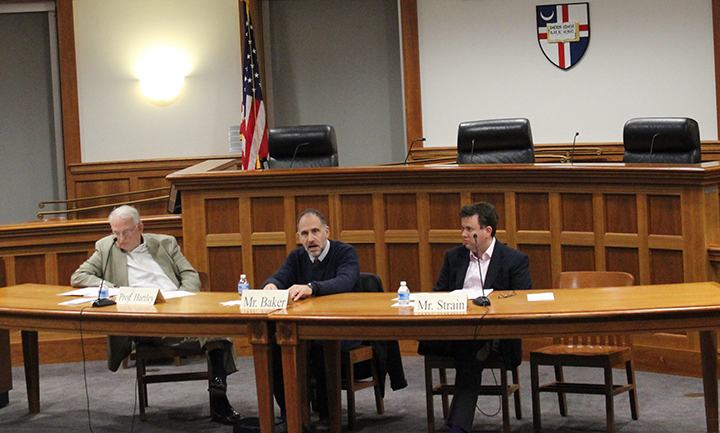