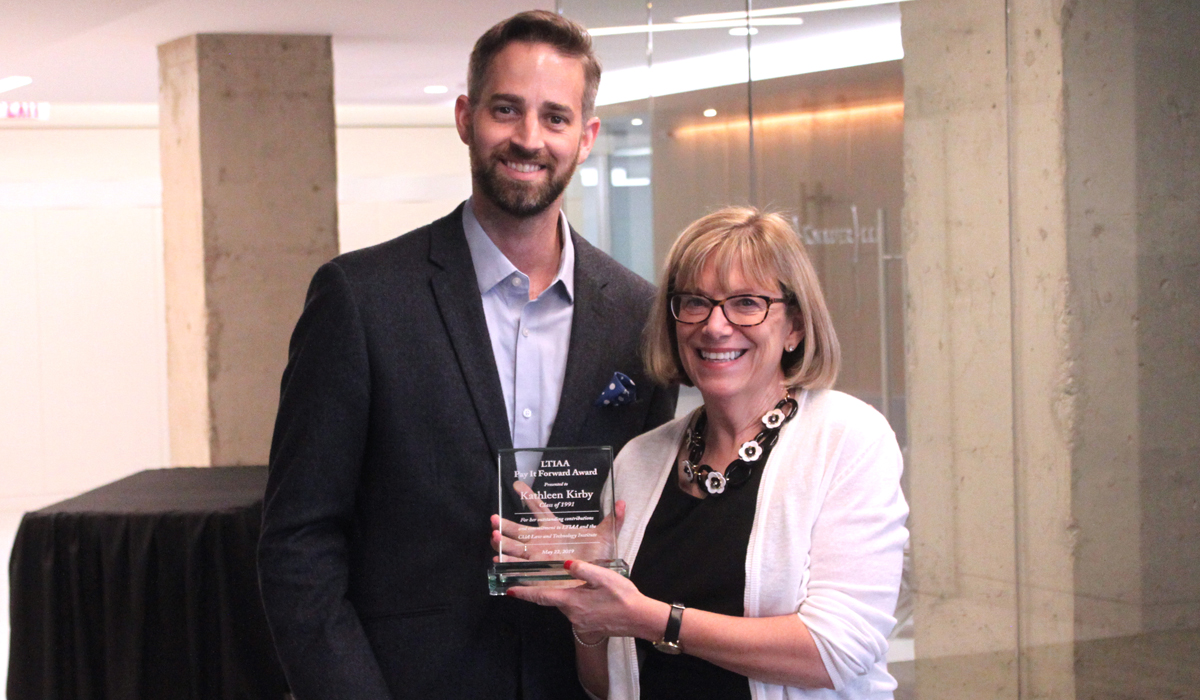 From 1996 to 2016, the Milestone Award recognized attorneys for exemplary service to the Columbus School of Law and outstanding achievement in the field of communications law and policy. The award was first given to the late Honorable James H. Quello, former Chairman of the FCC, in 2001 to the Honorable Kathleen Q. Abernathy '83, former FCC Commissioner, in 2012 to the Honorable Richard E. Wiley, former FCC Chairman, and finally to Bryan N. Tramont, Managing Partner of Wilkinson Barker Knauer, LLP and Catholic Law Adjunct Professor in 2016.

In keeping with his long-standing practice of encouraging others to "pay it forward," Bryan Tramont generously offered to make a challenge gift to encourage additional donations to the Professor Harvey L. Zuckman Scholarship Fund and to encourage attendance to the 2016 Milestone Award Ceremony and Reception.

Today, the Pay It Forward Award honors a member of the Law & Technology Institute Alumni Association (LTIAA) community who embodies the spirit of the LTIAA through their support of fellow alumni and law students. Julie M. Kearney '98 was the first recipient of the annual award in 2016.

Other award winners include: