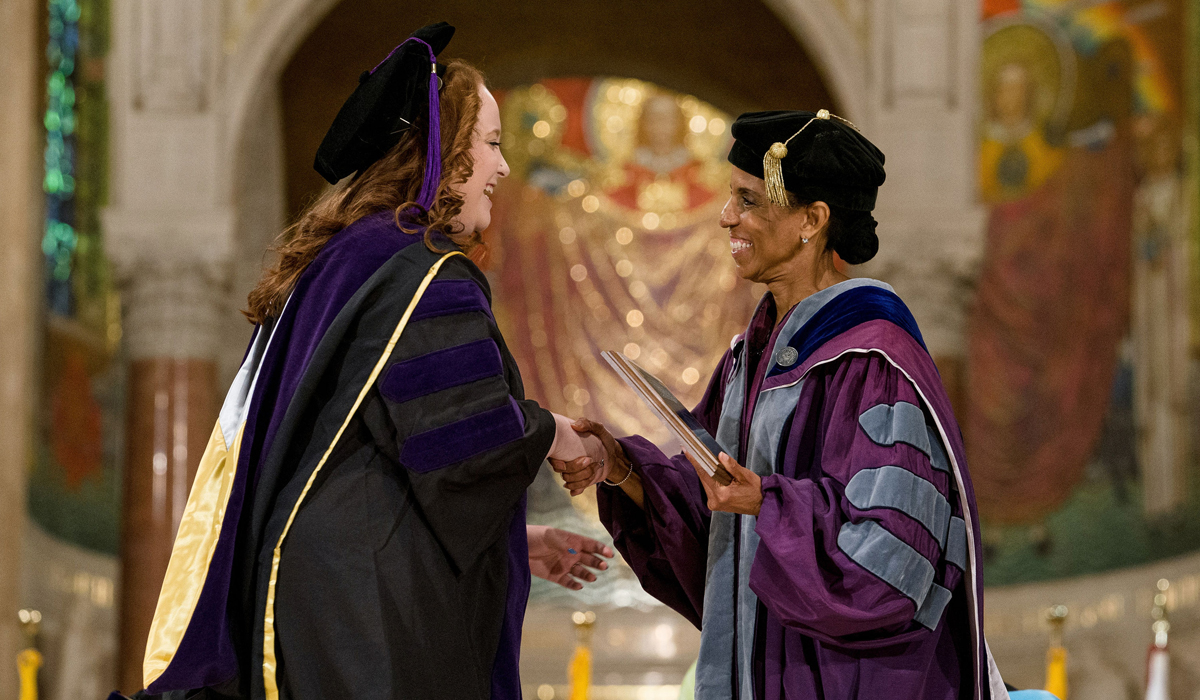 Beginning with the graduating class of 1994, the law school has awarded honors to J.D. students who have performed particularly well academically. The basis for the award of honors are:

The Dean's List was begun at the law school in the 2012-2013 academic year. It recognizes students based on their academic performance over the preceding semester (Summer and Fall combined and Spring). Dean's List honorees have placed in the top third of their division/class based upon their semester GPA.  First year students are honored at the end of their first year (rather than each semester) and this classification is based on cumulative GPA (top third of each division).

Student achievement is recognized by awards and prizes given annually and semi-annually. The John L. Garvey Faculty Award is conferred upon a graduate in the evening-division program and a graduate in the day-division program for outstanding academic achievement (highest academic average) during the law school course of study. The Alumni Award, established by the Law School Alumni Society in 1978, is given to a graduating student in the evening division and another in the day division on the basis of academic excellence; participation in extracurricular and cocurricular activities; and dedication to the law school, university, and community. The Dean’s Award is given by the law school dean to the president or chair of each recognized law school organization. The Extra Mile Award, established in 1991, recognizes students who go the “extra mile” in contributing to the law school. The Michael F. Curtin Pro Bono Award recognizes a law student who has honored the highest ideals of the Columbus School of Law by voluntary pro bono service to others.

The Moot Court Board makes several awards throughout the year to students participating in the moot court competitions, both appellate arguments and original trials.